Britain's Roads To Be Dragged Into The Modern Age 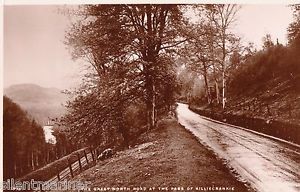 The hyper-active minister for Transport, Leslie Hore-Belisha, announced another measure to the House of Commons designed to move Britain more fully into the age of the motor car. A bill would be introduced into Parliament in the autumn that transferred control over 4,500 miles of trunk (main) roads from county councils to the Ministry of Transport.

The comparison was discreetly avoided, but Britain was lagging Germany's investment in motorways by a long way. Only one third of the Great North Road from London to the Scottish border was in anything like a satisfactory condition for modern motor traffic. A five year programme for road modernization would call for the colossal expenditure of £139m. It was clearly beyond the ad hoc, local efforts of the counties to co-ordinate such an effort.