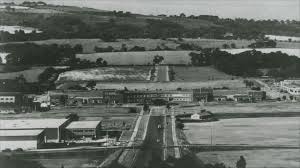 The government's programme to bring new industries and employment  to the depressed, mainly coal-mining, areas, started to bring concrete results, somewhat late in the day, it might have been argued, considering that the Great Slump had begun over five years ago. Non-profit making companies had been established financed by the £2m allocated by the government to the "Special Areas" to build trading estates attractive to newer, high-growth industries, which were hope to take over from the more traditional heavy industries.

The first of these was announced as the Team Valley trading estate near Gateshead. The plans were well thought-out and the estate offered good infrastructure and transport links including main roads that would be built from new. 35 firms had expressed interest in renting sites and work began very rapidly. The £80,000 contract to build the estate went to Wimpey, a London-based firm, but the site employed local people, giving an immediate boost to employment.