The ironies of fellow-travelling with Nazi Germany 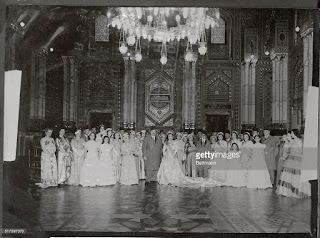 The Nazi German policy of economic autarky received an unexpected endorsement in the house journal of Goering’s five-year plan, the keystone of the programme. It was written by Sir Josiah Stamp, arguably the forgotten figure of British sympathy for Nazi Germany. Stamp supported inter alia “reasonable counter-action of Jewish domination.” Stamp began as a tax inspector, taught himself economics and became a senior figure in the British industrial and financial world, chairing the London, Midland and Scottish Railways. He went on to become an adviser to Neville Chamberlain’s government, championing with some perversity Chamberlain’s rigid sound money policies, which were diametrically opposed to the Nazi economic strategy. Astoundingly he was seriously considered as a replacement Chancellor of the Exchequer when Downing Street sought to take revenge on Sir John Simon for leading the Cabinet revolt that forced the declaration of war. By multiple ironies Stamp (by then a peer) was killed by a German bomb in 1941 along with his eldest son and heir. The British legal fiction that it is the eldest who died first when it is impossible to determine for certain the sequence of deaths, meant that Inland Revenue received two sets of death duties.

Tension started to mount once again in Austria. The government had got wind of a Nazi plot to mount a coup and raided the offices of the Committee of Seven and arrested the party’s deputy leader, Dr. Leopold Tavs. In a typically twisted elaboration the plot featured the planned murder of Franz von Papen the German ambassador, who had long outlived his usefulness to the Nazi regime. The initial justification circulated was inflammatory statements made by Tavs in a Prague newspaper but in reality it was planned to put Tavs on trial for treason. Mindful of contacts between Tavs and Hitler’s deputy Rudolf Hess, Germany applied severe pressure to abandon the plan.

Hot on the heals of the constitutional crisis that removed the nationalist Wafd prime minister and his replacement by a court figure, King Farouk celebrated his marriage to the seventeen year-old daughter of a lady-in-waiting and a judge. The celebrations featured a 101 gun salute, fireworks and free public banquets for the population of Cairo. It was all very colourful and popular but it was hardly a substitute for anything approaching genuine political engagement with the country.