Eighty years ago, a dismal era of British government comes to an inglorious end 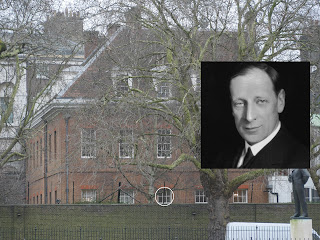 The Germans had given good warning that they were bored of the phony war with the invasion of Denmark and Norway. They proceeded to deliver a brutal lesson in what real war was like to the British and the French, and to neutrals whose territory lay in the path of what the German general staff felt was the best route to invade France. As Holland and Belgium began to learn to their cost, there was no point in not giving offence to Hitler. Whether you cringed to him or held your head high was indifferent. It was a lesson that Chamberlain’s Britain had not taken fully on board either.

The German army attacked Holland on 10th May but was temporarily held up at the city of Rotterdam which resisted for three days. To break the stalemate on the ground the Luftwaffe bombed the city heavily. About one thousand civilians were killed and most of the centre was flattened. It was by any standards a war crime but it was fearfully effective. When the Germans threatened to launch a similar attack on Utrecht, the Dutch government capitulated. The campaign had lasted only four days.

The day before the German attack on Holland, Chamberlain had seemed to bow to the inevitable after the huge Tory revolt against his government in the Norway debate. The Labour Party wanted a new prime minister as well. Chamberlain had hoped to anoint Lord Halifax as his successor (Labour would not have minded), but Halifax was certainly aware of how uncomfortable the job would have been with Churchill as the dominant force in the Cabinet. He may also have recognised that he was just not the man for the job.

The following day Chamberlain was given a brief glimmer of hope by the invasion of Holland. The scale of the crisis provoked by the transformation of the war offered a pretext to claim that it demanded continuity of leadership. It is hard to better the contemptuous description of Chamberlain’s craving to stay in office from Labour's Hugh Dalton, "determined himself to stick on - like a dirty old piece of chewing gum on the leg of a chair." Reality prevailed when Kingsley Wood, one of his oldest poltical allies, told him that it was impossible for him to remain. Labour again said that they would not be willing to join a government with Chamberlain as prime minister.

Churchill became prime minister in a national coalition government embracing all the main political parties. It was not a time for political score settling. Even the most appeasement tainted ministers were given jobs. Churchill became Minister of Defence in a clear sign that the conduct of the war was by far his overwhelming responsibility.

The blame for Chamberlain’s folly in clinging to power until the bitter end might not have been purely his personal misjudgement. He rated highly the supposed political nous of Sir Horace Wilson, his principal civil service advisor. Wilson seems to have believed that Chamberlain could and should have carried on as prime minister; ever afterwards he loathed Kingsley Wood for what he saw as a betrayal of their common mentor and patron. It seems to have escaped Wilson that there is no such thing as loyalty in politics. Of course, Wood’s desertion of Chamberlain also triggered Wilson's own fall.

Wilson must have known that if Chamberlain lost power, his own influence would also wane sharply. He had been one of Churchill's bitterest opponents and could expect no mercy. Wilson was the one figure in Chamberlain’s government whom Churchill treated brutally. Chamberlain was allowed to remain in Downing Street – with the bulk of Tory MPs still deeply suspicious of Churchill, it would have been most unwise for him to inflict any form of unnecessary humiliation on the man who remained the leader of the party. By contrast Wilson was summarily and immediately ejected from his office next to the Cabinet Room, which had been the concrete symbol of his power as well as a strategic location at the centre of the spider’s web of politics. (The full story of Wilson’s fall from power is told in chapter 35 of my Fighting Churchill, Appeasing Hitler).

It is an open question as to whether Wilson was even aware that Wood went on to shield him from the wrath of Labour who hated him and wanted him to be removed as Head of the Civil Service. Wood argued to Churchill that this would be too much of a concession to Labour as well as unsettling for other civil servants. Wilson was allowed to serve on in his official job until his normal retirement age in 1942, albeit with only limited influence.

Readers of this blog will have spotted that it has changed its name once before. The phony war was so clear an extension of the “low dishonest decade” of the 1930s, that it would have been pointlessly arbitrary to pick 31st December 1939 (or even 3rd September) as an end date, so “the troubled world of the late 1930s” morphed into “the troubled world of appeasement and the Phony War.”

It is different with mid May 1940. The Nazi offensive in the West was the true watershed in the conflict between Hitler’s Germany and Britain, and by extension for Britain itself and for much of the world as well. Politics fades deeply into the background as military history becomes the dominant topic.

So this blog must change, at least as far as its title goes. Or it might even change its topic. The world of one hundred years ago was also rich in fascinating and sometimes still little-known events. Do readers have a view? I’d be delighted to hear on adriangphillips@gmail.com or post a comment to the blog.