Showing posts from January, 2017
Show All

Danzig Unmasks the Impotence of the League of Nations

The League of Nations was entering its death throes as was painfully obvious from the latest deliberations over the Free State of Danzig, an island of ethnic German territory surrounded by Poland, theoretically controlled by the League. The League’s Committee of Three which had been given oversight of the issue – Britain, France and Sweden – all but admitted that the situation was desperate, when faced with the question of settling grievances between the Poles and the Danzigers. It was simply accepted that the process would be a bilateral one, although the elephant in the room – Nazi Germany – was ignored. Danzig’s autonomy was largely fictional and, in practice, Berlin would make the decisions. Two and a half years later, Berlin took the decisions that caused the Second World War. The British government was once again taken to task In Parliament for the slow pace of air rearmament with Sir Thomas Inskip, displaying once again his weaknesses as Minister for Coordination of Def
Post a Comment
Read more 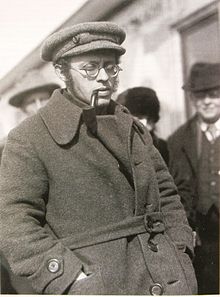 Franklin D. Roosevelt was elected for his second term as US President, having been elected with a landslide victory. He hoped to translate this win into a concrete increase in his own powers within the US constitution. He hoped to weaken the power of Congress and the Supreme Court to dilute his instinct to in favour of radical policies at home and more active diplomacy abroad. It would be a long struggle. The weakness of his underlying position can be read in the argument his side advanced for any change. To claim that the floods then devastating Ohio proved that the executive needed stronger powers, was hardly convincing. The British War Minister, Duff Cooper, upped the debate on rebuilding military strength by a piece of pre-emptive concession. He publicly ruled out introducing conscription in time of peace. This was not a great sacrifice given the overwhelming opposition that any such measure would face. Even in 1939 when Hitler’s occupation of Bohemia made war practically
Post a Comment
Read more 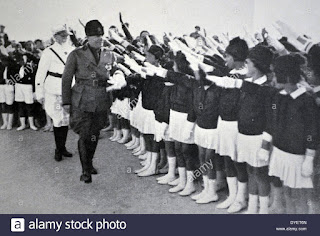 The pattern of foreign involvement in the Spanish Civil War continued to repeat itself as steps were taken to try to control the participation of foreigners in the war. Britain and France were keen to curb the arrival of “volunteers” from the Fascist powers, but wholly lacking in any leverage to achieve this or resolution in trying to do so. Germany fobbed them off with a supportively phrased, but quite empty reply. In a pitiable attempt to set a good example, Britain and France paraded their own efforts. Britain promised to apply the Foreign Enlistment Act of 1870 vigorously to Spain and France more vaguely promised legislation. In Italy respect for Fascist forms was reinforced when Achille Starace, Secretary of the Fascist Party and the nearest thing Mussolini had to an ideologue, renewed his call that the official ban on traditional hand-shakes should be respected. Such a conservative, bourgeois gesture betrayed “scanty fascist spirit”. The official Fascist salute approximat
Post a Comment
Read more 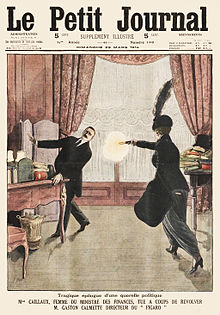 As 1936 turned into 1937 a figure from a bygone age, who had already come back from two near-death experiences, made his final impact on French politics. Joseph Caillaux had ridden out an immense scandal when his wife murdered Henri Calmette, editor of the Figaro newspaper, in 1914 when it published some of her indiscreet correspondence, only to be jailed in 1917 on a tenuous charge of  treason, in reality because of his political campaign for negotiated peace with Germany. By 1936 he had become a Senator and forced the Front Populaire government to modify its budget for 1937 in a cliff-hanger session, that left it technical spending money illegally. The expulsion of the Trotskyite POUM faction from the Catalan government in Republican Spain  provided a foretaste of the bitter, and ultimately bloody, factional internecine battles of the far left. This was the work of the Stalinists, who were increasingly the dominant force on the Republican side, and the conduit for the only s
Post a Comment
Read more
More posts