Showing posts from May, 2021
Show All

The German naval foray into the North Atlantic got off to a good start when the Bismarck and the Prinz Eugen encountered HMS Hood , the largest warship in the world and a veteran of World War One, and HMS Prince of Wales , the navy’s newest battleship. Hood was destroyed by a massive explosion killing almost all of her crew and Prince of Wales failed to damage the German ships seriously. The reputation of the “mighty Hood” far outran her actually military worth and the loss was a severe blow to public morale. Thus began a frantic hunt for the Germans which sucked in practically all the British capital ships in the region. Bismarck was located by a Catalina flying boat flown by a USN pilot covertly “on loan” to the British. A torpedo from a carrier borne Fairey Swordfish disabled Bismarck and she was finished off by a large concentration of British heavy warships. Air power began to prove decisive in the battle for Crete. It lay within range of German aircraft operating from
Post a Comment
Read more 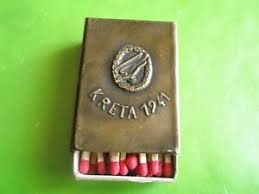 The Italian empire took another step forward in the Balkans - on paper at least – after the forced union of the Italian and Albania crowns following the Italian invasion in 1939. A member of the Italian royal and briefly Imperial family, Duke Aimone of Spoleto, was announced as the King of Croatia at a ceremony at the Quirinal Palace in Rome. This was done ostensibly at the request of the self-appointed government of Croatia, previously part of Yugoslavia, under Ante Pavelić leader of the fascist Ustase. In theory Italy now ruled almost the entire coast of the Adriatic. Aimone took the regnal name Tomislav II but never reigned. A more accurate register of Italy’s imperial future was the fate of Aimone’s elder brother, Amadeo Duke of Aosta. He had been Viceroy and governor-general of Italy’s possession in east Africa which had been conquered by British led forces without serious opposition. Amadeo commanded the last remnants of Italy’s forces at the mountain fortress of Amba A
Post a Comment
Read more
More posts