Showing posts from 2022
Show All 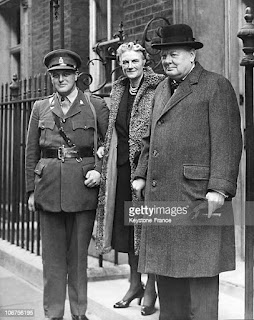 Churchill returned from America to find distinct unhappiness with the conduct of the war, especially the defeats by Japan in the Far East. He moved to pre-empt the grumblers by putting himself to a vote of confidence in the House of Commons. It was an effective albeit heavy-handed move; the debate saw a fair amount of pointed but poorly focused criticism, but when it came to the vote only the far left MP James Maxton opposed the motion. The Conservative Sir John Wardlaw-Milne insinuated that some ministers were not up to the job and compared Churchill to a Caliph managing his harem. Churchill's critics were subjected to a savage and occasionally amusing assault by his son Randolph, who had recently been elected, but this might actually have worked against the prime minister by giving credence to the objection that he was sustained by a charmed circle that was more of a court than a government. Randolph was - deservedly - unpopular and his claim on the major's commission he he
Post a Comment
Read more

Eighty years ago Churchill takes the controls under close supervision 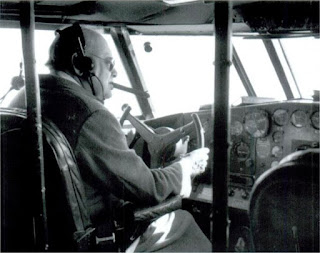 Winston Churchill became the first head of government to fly across the Atlantic when he returned from the Arcadia conference in Washington. The Boeing 314 Clipper had just begun a regular commercial service between the UK and the US when war broke out, but this was still a relatively adventurous way to travel; aircraft accidents occurred frequently. Churchill, who had taken flying lessons long before, was permitted to take the controls although the aircraft's captain did whisper instructions into the co-pilot's ear to apply corrections when he sensed that the prime minister was losing control. The British ambassador to the Soviet Union, Sir Stafford Cripps, returned to London  to resume his career in politics. An extreme left-wing Labour MP, he had been sent to Moscow in 1940 in the hope that his politics would make him an effective representative. It was not an agreeable post and Cripps's sense of his own value there had not been improved by the Beaverbrook mission to d
Post a Comment
Read more

The US Army acquires a valuable propaganda asset 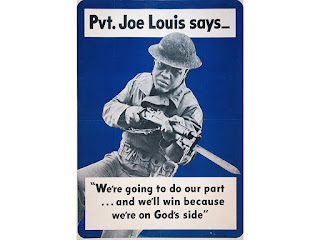 The world heavyweight boxing champion Joe Louis reported for army service at Fort Denton and was enlisted as a simple private. He had  registered for the draft in October 1940 as early as possible in a display of solidarity with the US's opposition to the dictators. His world title fight against Germany's Max Schmeling, who was rather a pet of the Nazis,  had been widely seen as an emblem of the battle between democracy and Fascism. Louis was intensely patriotic, "No place else in the world could a one time black cotton picker like me get to be a millionaire." Louis was never sent into combat; his value as a propaganda asset was too great. The US Army was still fully segregated with single race units and Louis's service could be used as a response to the "Double V" Campaign launched by the African-American Pittsburgh Courier that linked the struggle against Fascism on the battlefield to the struggle for equality at home. As the military picture darke
Post a Comment
Read more

Full use made of artistic license

January 13, 2022
Review of Munich: The Edge of War Robert Harris, who wrote the novel on which the movie is based, wants passionately to salvage Neville Chamberlain's reputation and the movie tries to do this. (Harris is credited as a producer). Does this succeed? This is fiction so the scales can be weighted in favour of a historical agenda without worrying about accuracy. The first surprise is that the movie barely mentions one of the key planks in the apologists' case for Chamberlain: that Germany was believed to be far stronger than Britain in military terms. In reality Chamberlain was obsessed by the fear that the Luftwaffe would obliterate London. In the movie his motivation is to avoid war for humanitarian reasons. The nub of the plot is the side declaration of friendship between Britain and Germany that Chamberlain got Hitler to sign the morning after the diplomatic treaty that gave Germany the Sudetenland. In the movie Chamberlain is depicted as aware that Hitler might well dis
Post a Comment
Read more 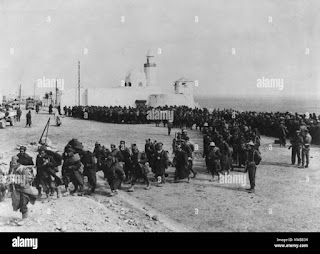 It was a measure of the western powers' desperation in the face of the dramatic success of the Japanese offensive against their colonial possessions in the south-west Asia region, that the British commander-in-chief in India General Wavell was appointed as supreme commander of ABDA (American, British, Dutch and Australian forces). The post had barely any military reality: none of the countries had any free reserves and there was no infrastructure to exercise unified command over the vast area concerned. Wavell never attempted to control General MacArthur in the Philippines and it is doubtful wheter the would have played the slightest attention. The pendulum seemed to swing back in favour of the British in the western desert. After blocking Rommel's advance into Egypt with Operation Crusader they continued to advance into Libya. The 2nd South Africa Division retook the port of Bardia after a siege of a few weeks, capturing the garrison of 9,000, one quarter German and three-
Post a Comment
Read more
More posts