Showing posts from March, 2020
Show All

Eighty years ago, France's new leader embraces unqualified alliance with Britain and the Canadians (unknowingly) embrace a leader in touch with the spirit world 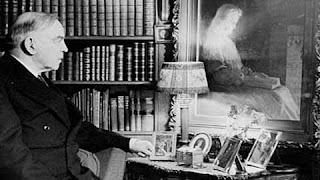 The new French prime minister, Paul Reynaud, began his term in office with  a bold commitment to the Anglo-French alliance. At a meeting of the supreme war council he made a commitment that France would not enter a peace with Germany separately to Britain. The catch was that this promise had not been discussed in advance with his cabinet, still less approved by the Chamber of Deputies which was left unaware.  It is barely surprising that a few weeks later Reynaud's de facto successor, Marshal Petain, did not consider himself bound by the promise. At the same meeting Briain and France agreed to launch Operation Wilfried, the mining of the Norwegian ports from which iron ore was exported to Germany.  It was fondly imagined that deprived of Norwegian ore, Germany's arms industry would be brought to a standstill. Insofar as the British government was thinking clearly about policy in Scandinavia, this was the strategic goal that had prompted the abortive plans to interven
Post a Comment
Read more 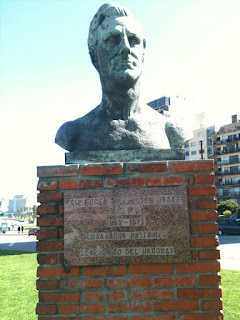 Ian Duddy, Britain's ambassador to Uruguay, and his team have been playing a huge part in getting stranded crusie passengers home via Montevideo. We've been following this story closely because of friends on one ship, the Ortelius, and because we so nearly got caught ourselves when the port of Ushuaia was closed to landings. It is good moment to recall  his illustrious predecessor as H.M.'s representative in Uruguay.  Eugen Millington-Drake was almost the archetype of the not-quite-successful British diplomat sent to serve out his time in a minor post. A rowing Blue and keen tennis player, he was a physical fitness enthusiast who made his staff begin their days with exercise on the the roof. He was also a considerabl e scholar of the Spanish language and translated Rudyard Kipling's If into Spanish.  His moment of glory came in December 1939 when the badly damaged Graf Spee took refuge in Montevideo after the Battle of the River Plate, which has
Post a Comment
Read more 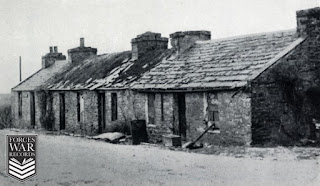 The Winter War claimed a major political victim. The French government submitted itself to a vote of confidence in the Chamber of Deputies. Such was the discontent at the failure to give military assistance to the Finns against the USSR that only its firmest supporters voted for the government; the remaining deputies abstained with one exception. Whilst Daladier formally won the vote, he recognised that his government could not continue and he immediately resinged along with his entire cabinet. He was replaced by the finance minister, Paul Reynaud, who had been far less of an appeaser than Daladier. A Luftwaffe air raid on the British naval base at Scapa Flow killed the first civilian to die by bombing in the war. This compares with the hundreds of thousands of deaths within the first weeks of combat that the government and the Home Office had been expecting.   James Isbister had not taken shelter and was watching the air raid from the doorway of his house in the tiny village
Post a Comment
Read more 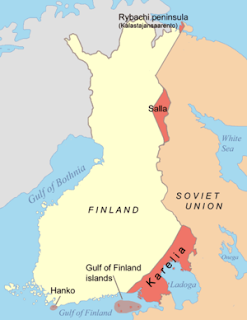 The Finnish delegation led by prime minister Risto Ryti arrived in Moscow to negotiate with the Soviets. The battle had firmly turned against the Finns and the town of Vipuri was about to be cut off. They had little alternative to accept harsh Soviet terms, which exceeded by some measure what Stalin had demanded before the war. Karelia was ceded to the USSR which cost 12% of the Finnish population its homes. The new land border  was – intentionally – indefensible. Finland lost 80% of its high quality wood pulp capacity and a third of its hydroelectric generation, which was diverted to supply Leningrad.  The Finns granted the USSR the right of transit for troops to Norway. Finland had escaped the full conquest, enslavement and wholesale murder inflicted on Poland by Stalin but this was mild consolation. The British government could indulge in enthusiastic public hand-wringing over the treaty but was spared the embarrassment of making good on its vague promises of military as
Post a Comment
Read more 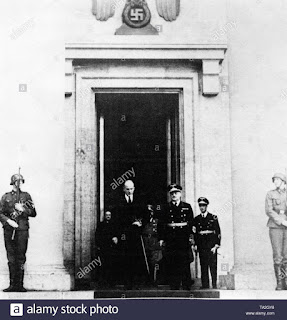 Britain and France were still deep in their ill-thought out and largely pointless project to intervene on the Finnish side of the Winter War against the Soviet Union. Their muddled thinking embraced how the Scandinavian neutrals would respond to requests for troop transit, the scale of the intervention (France blithely promised 100,000 troops on the basis of zero staff work whilst the British havered over sending a few dozen bombers) to the concrete military and political goals of the operation. It is an open question whether action was ever seriously intended. It was in Britain's interest to keep the conflict between Finland and the Soviet Union going, but harder to grasp to strategic logic; leaving the Finns to their fate would be political unpopular in both countries and, certainly the British, appeared to prioritise manoeuvres to avoid this above anything practical. Unsurprisingly the Finns paid only moderate attention to what Britain's top diplomatic admitted priv
Post a Comment
Read more
More posts