Showing posts from July, 2021
Show All

Eighty years ago, the Soviets promote an image of heroism and culture 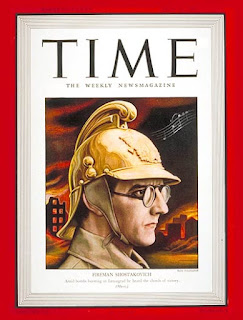 Churchill’s critics continued their campaign of largely ineffectual harassment after they failed to draw blood over the reconstruction of the Ministry of Information, arguably the government’s point of greatest vulnerability. Now the ostensible goal   of the insurgents was to secure the establishment of a Ministry of Supply. In practice their target was Lord Beaverbrook, recently elevated to the Ministry of Supply, and the most conspicuous specimen of Churchill cronyism in the Cabinet; insofar as a Ministry of Production would have served any purpose, it would have largely duplicated the work of the Ministry of Supply. The extreme left hankered after even greater state control of the economy but the true motive was discontent at the lack of opposition to Churchill’s monolithic government. With a contemptuous inquiry as to what the “superman” Minister of Production was supposed to achieved, Churchill easily rode out the agitation. Having paid the penalty in Syria and the Lebanon for
Post a Comment
Read more

Eighty years ago, at its darkest hour British propaganda launches its best campaign 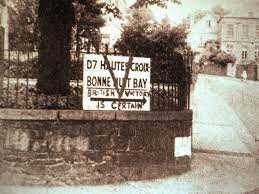 The hugely successful British comic author P.   G. Wodehouse, creator of idiotic socialite Bertie Wooster and his manservant Jeeves, made a fateful mistake. He had been interned by the Germans when his home in Le Touquet was overrun in 1940 but had just been released when eh reached the age of 60. Naïvely he accepted a German request to make a series of radio broadcasts. These were light-hearted, humorous and in no way propaganda, but the mere fact he was willing to speak on German radio appeared deeply suspect. He was abused as being practically a traitor, most venomously on the BBC by the Daily Mirror journalist William Connor (“Cassandra”). Connor’s attack was so unbalanced that it provoked severe criticism of the BBC. The “Cassandra” affair created an elegant opportunity to shift MP Harold Nicolson from the Ministry of Information to the BBC as a governor without consulting the existing governors. Nicolson was disappointed at what he recognised as a demotion but he was at best
Post a Comment
Read more

Eighty years ago, the guns fall silent, but only in a miserable conflict between former allies and then only for a while 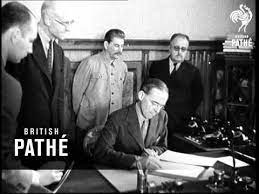 The German invasion of the USSR helped save the career of the British ambassador, Sir Stafford Cripps, an extreme left-wing Labour politician, who had been sent to Moscow in the hope that that his immense indulgence towards Stalin would count in Britain’s favour. It had not; the Soviets had been more suspicious of Cripps's parade of pro-Soviet sentiments than they would have been a frankly capitalist envoy. Cripps’s waywardness and general neglect of British interests as distinct from apologising for the cause of Stalinism had led to his being recalled to London by the Foreign Office just before Barabarossa with a   permanent return to the UK in disgrace as a distinct possibility. As it was, he now found himself signing an Anglo-Soviet treaty pledging each country to wage war against Nazi Germany and not to make a separate peace. The Soviet signatory was foreign minister Molotov, albeit under the watchful eye of Stalin himself. It was one of the corner-stones of Cripps’s spurio
Post a Comment
Read more

Eighty years ago, in the midst of the largest conflict in history, begins a small war you may have missed 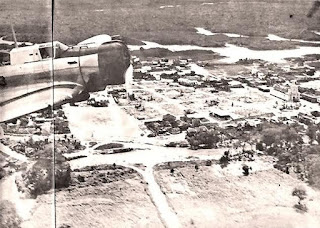 Just as it had been for the Chamberlain government, the Ministry of Information (MOI) was proving to be a painful cross for Churchill’s national government to bear. Government plans for reforming the Ministry were poorly received in the House of Commons, or more accurately, the almost invisible nature of the changes was instantly obvious. Apart from the minister of information, Duff Cooper, no MP spoke in favour of the measures although sympathy was expressed for Sir John Anderson, civil servant turned minister, who had the misfortune to have to present the proposal to the House. The crux of the matter was the dissemination of war news. Here the individual service ministries continued to reign supreme, behind a façade of parroting the need for security as grounds for keeping full control over news. In reality all three operated their own PR machines dedicated to their own glorification. This stand-off was known as the Battle of Bloomsbury after the MOI’s headquarters in the Senate Ho
Post a Comment
Read more

Eighty years ago, Churchill sacks a great general whom he dislikes and indulges a scheming minister 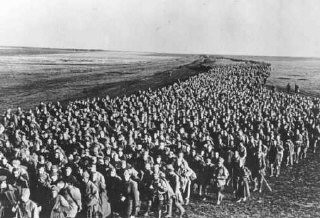 The German advance into the Soviet Union continued at breakneck pace, encountering practically no serious opposition. Stalin issued orders for counter-offensives which bore no resemblance to anything possible under the military situation of the moment, but gave him a pretext to shoot generals for failing to carry out the attacks. The German 2 nd and 3 rd Panzer groups met near Minsk and captured the city. This completed the encirclement of vast Soviet forces. The 3 rd and 10 th Armies were destroyed and massive losses were inflicted on three more. A snapshot estimate awarded the Germans over 300,000 Soviet prisoners and the capture of 3,300 tanks and 1,800 artillery pieces. The Red Air Force had been caught on the ground in the initial strikes and practically ceased to function. Churchill took a gentler but still brutal approach to his generals. He had never seen eye-to-eye with Wavell and mistook his inarticulacy for stupidity or hostility. He gave him no credit for his bold
Post a Comment
Read more
More posts