Showing posts from September, 2020
Show All

Eighty years ago, one British attempt to protect children from the war comes to a horrific end 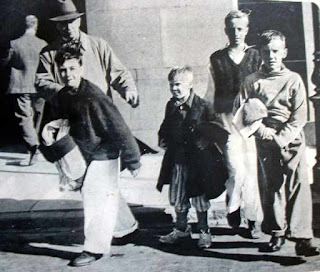 The British government had launched a programme to evacuate children from the threat of bombing or invasion to the safety of the overseas Dominions under the auspices of the Children’s Overseas Reception Board (COSB). Wealthy individuals – including with near fatal consequences for his reputation the Minister for Information Duff Cooper – had sent their children abroad privately. One ship carrying children had already been torpedoed and sunk, but all the children had been saved; the children on the City of Benares were not so fortunate. Only seven of the 90 aboard survived when she was sunk by a U-boat on her way to Canada. The weather was poor and hampered attempts to rescue those who had survived the initial explosion. The tragedy was fully exploited by British propaganda but the COSB abandoned its operations. In response to Luftwaffe bombing of London, in particular the dropping of highly destructive “aerial mines”, and under direct orders from Winston Churchill the RAF mounte
Post a Comment
Read more 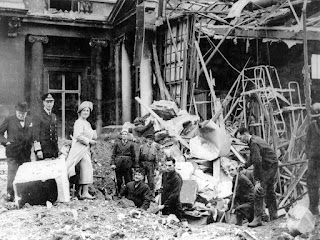 As though anxious to give British propaganda a second chance to make good the weak exploitation of the first bombing of Buckingham Palace, the Luftwaffe obliged again and this time there was no fumble. The King and Queen were in residence and the bombs fell close to their appartments. Queen Elizabeth immediately saw the advantage and confided, "I'm glad we've been bombed. It makes me feel I can look the East End in the face." The Royal couple were picture inspecting the damage together with the prime minister. The damage would have been even greater had one of the bombs detonated. To cap it all the Heinkel 111 which had dropped the bombs was shot down by an RAF Hurricane piloted by air ace Sgt. “Ginger” Lacey, although this was not immediately publicised. The Battle of Britain reached a climax when the Luftwaffe staged its largest daylight raids on Britain. The day started with an unpleasant surprise for Sir Keith Park, commanding 11 Group Fighter Command, arg
Post a Comment
Read more 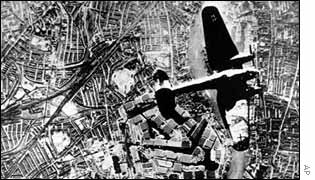 The Battle of Britain entered its final phase when the Luftwaffe switched its emphasis to bombing British cities, London above all, from attacking RAF aerodromes. There is no single, clear explanation for this change in strategy. Unlike the RAF which had an unshakeable faith in the decisive value of bombing enemy cities, the Luftwaffe was far more pragmatic. It could have been just that the Germans did not feel that their strategy up to then was working and just wanted to try something new as a means of winning air superiority, the crucial precondition for a successful invasion . The Royal Air force had suffered severe attrition, but at no point were unable to mount a serious defence. The picture is compplicated by the weakness of Ger rman intelligence which constantly exaggerated the level of success against Fighter Command. The Luftwaffe might simply have hoped to reduce the levels of casualties that it was suffering by switching to new and larger objectives. To begin with the
Post a Comment
Read more 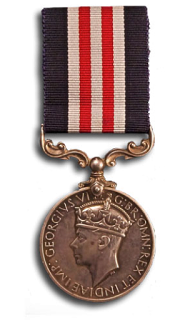 President Roosevelt delivered maj or and public support to the British war effort when he signed an executive act transferring fifty surplus First World War vintage destroyers to the Royal Navy in exchange for 99 year leases on a number of British controlled air and sea bases on the Atlantic, notably in Bermuda and Newfoundland. The moved bypassed Congress and drew severe criticism from the still-powerful isolationist forces. Churchill had lobbied Roosevelt hard for such a deal and had to make significant concessions to obtain it. There is some debate as to who did better out of the agreement. The destroyers were to be made available immediately, but in the event it was to take some time to make good their many deficiencies and to adapt them to meet up-to-date British requirements. They were given the names of towns that  were to be found in both the UK and the UK. The best known of them was H.M.S Campeltown which was sacrificed in the commando raid to disable the Normandie dock
Post a Comment
Read more
More posts