Showing posts from May, 2018
Show All

Eighty years ago: An Imaginary Triumph for British Diplomacy, Euphemism Fails to Sugar the Pill of Rearmament In Britain and Rebranding Swims against the Tide of History in Germany

May 25, 2018
The British government scored what it imagined was a diplomatic triumph when Germany appeared to obey a firm message that it was not to invade Czechoslovakia. Czechoslovakian intelligence had deduced from German troop movements near the border than an invasion was imminent over the week-end. The British success was an illusion; no invasion was being prepared. Had the German army been in a position to do so, Hitler might have been spurred by the British ultimatum to launch an attack out of spite and defiance. He certainly wanted war with Czechoslovakia. The episode left the British with a dangerously exaggerated view of their ability to influence Hitler which would soon come back to haunt them. The British domestic advocates of rearmament pursued their campaign on a topic that was more symbolic than practical. The creation of a Ministry of Supply (a euphemism for a resurrection of the Ministry of Munitions of the First World War) would have given a powerful signal of the gove
Post a Comment
Read more

The British government suffered an acute embarrassment in the House of Commons debate on air rearmament.   Its case suffered from a number of factors: the delays inevitable in such a massive task, which involved both huge technological and industrial changes; distrust and suspicion between government and industry, fueled by the clumsy announcement of the possibility of buying aircraft from the US; the public row over the shadow factory scheme; perhaps most damagingly, the political sense that the question was not being treated urgently. The last point was unfair but still held the grain of truth that Neville Chamberlain was only a very reluctant rearmer, whose heart lay in diplomatic appeasement. The government was defended in the House of Commons by the junior air minister, Lord Winterton, as his senior, Lord Swinton, sat in the Lords. Winterton’s performance was feeble in the extreme and he was dismissed forthwith. Swinton by contrast was a competent and dynamic minister, but
Post a Comment
Read more 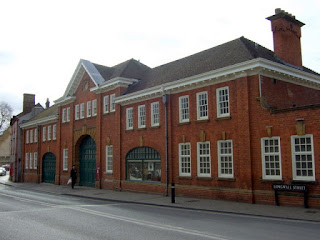 Rearmament in Britain staggered from one crisis to another. Full scale re-equipment of the Royal Air Force with modern aircraft and operating it on a war footing was beyond the resources of Britain’s small-scale, fragmented and poorly capitalized aircraft industry. It had long been recognised that other sectors would have to be mobilized, above all the motor industry, which had skilled workers and understood the techniques of mass-production. Lord Swinton the air minister had been working on the scheme of shadow factories, under which car companies would develop plants for aircraft production alongside their existing facilities. Unfortunately Swinton had a poor relationship with Lord Nuffield, Britain’s most powerful home-grown car maker, which boiled over into a public squabble. Nuffield had built his business from a single garage in central Oxford and still ran it a personal fiefdom (he owned his companies separately as personal possessions. The term "Nuffield Organisati
Post a Comment
Read more
More posts