Showing posts from August, 2022
Show All

Eighty years ago the scene is set for decisive struggles in the Pacific, Russia, the desert and over the future of India 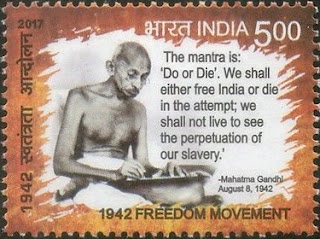 US forces seized an airfield newly constructed by the Japanese at the southwesterly limit of their expansion. It would have helped them dominate the Solomon Islands which lay astride access from the East to New Guinea which was being bitterly fought over. It was on a hitherto almost unknown island called Guadalcanal. The allied naval forces covering the landing almost immediately suffered a severe defeat in a night engagement, called the Battle of Savo Island, but the US Marines held on. More important, the US could afford to lose ships, whilst the Japanese could not. Savo Island was only the first of the many fights that gave the patch of the sea the nickname "Ironbottom Sound" from the number of ships that would be sunk there. After a series of set-piece naval fights, the Pacific War now featured a ferocious battle of sea, land and air attrition.   German forces too a set a new south-easterly limit to the pentration of the USSR when they reached the city of Stalingrad whi
Post a Comment
Read more 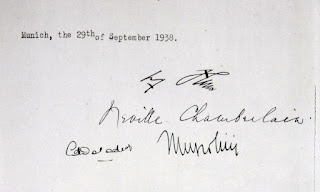 In a quaint nod towards a remote past and its customs, combined with an enthusiasm for selling a bear's skin long before it had been killed, Anthony Eden, the Foreign Secretary, announced formally that the Munich Treaty of 1938, by which the Sudetenland had been transferred to Germany from Czechoslovakia, would not be taken into account when a settlement was reached for Czechoslovakia's borders after the war. He explained this by saying that the Germans had destroyed the agreement; this rather begged the question of why the treaty had not been repudiated in March 1939 when Hitler flagrantly ignored its provisions by seizing the remainder of the country. Neville Chamberlain, then still prime minister, was still bent on appeasing Germany at the time and would have fought shy of so bold a denunciation of Germany. Repudiating the treaty would also have repudiated Chamberlain's beloved side-deal with Hitler at Munich, the Anglo-German Declaration better known as "Peace for
Post a Comment
Read more
More posts