Eighty years ago: Chamberlain draws the road map to Munich, a committee wins the Battle of Britain* and Japans digs itself vigorously into a hole 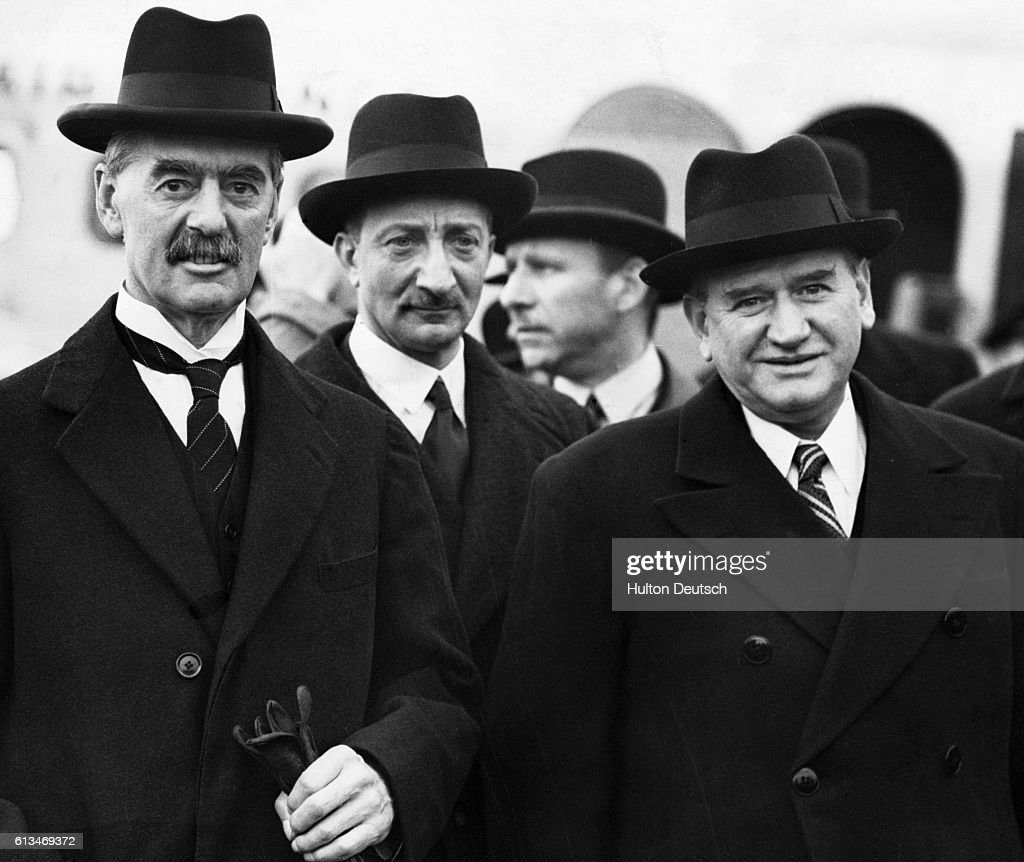 The new French government descended on London en masse with a long agenda of military and diplomatic questions, above all how to handle the burgeoning crisis over Czechoslovakia. It was a complete failure. Neville Chamberlain took a dislike to Daladier the French prime minister, whom he met for the first time, and was confirmed in his patronizing view of Georges Bonnet, the foreign minister. The French were desperate to secure some kind of open British commitment to the integrity of Czechoslovakia but Chamberlain was determined not to be tied in any way. In part he was simply faithful to the old British doctrine of avoiding Continental entanglements, in part he imagined that “keeping the Germans guessing” as to British intentions was somehow a powerful diplomatic strategy. He was also anxious to avoid doing anything that might provoke Hitler in any way. Chamberlain’s great “achievement” from the talks was to secure the principle that it was Britain’s task to broker a deal between Germany and Czechoslovakia. The route map to Munich was set in stone.

The expansion of the Royal Air Force was the most important part of Britain’s rearmament programme and the one that received the most attention from government. It was the hottest political potato and it also faced the greatest challenges, not least the technological and industrial complexity of building up an air force at a period of unparalleled changes in aircraft design. It also had to be paid for. The establishment of a committee at the Air Ministry to supervise the process might seem a typically lame and bureaucratic approach to the problem, but the Supplies Committee featured a dramatic innovation, comprehensible only to those alone who understood the myterious ways of Whitehall. The Committee would include a representative of the Treasury, authorized to approve expenditure on the spot. Fortunately the Treasury official who descended from Olympus into this vulgar world of factories and business contracts was Edward Bridges, the Cabinet Secretary designate who wielded this unprecedented power wisely and well. Until war broke out, rearmament was conducted on a quite conventional financial basis. Had this side of it not functioned as well the aircraft design and production side, the RAF might have entered the Battle of Britain far less well equipped. The fatal weakness of the French air force was due as much to financial mismanagement as anything else.

The Japanese military offensive in China was running out of steam, transforming the war into an effective stalemate that was to last until 1945. The Chinese army showed it was able to inflict local defeats on the Japanese, but it did not have the strength or organization to destroy the Japanese army. Given the depth of Chinese resources Japan could not achieve a decisive victory. Worse, the invasion had been driven by simple adventurism with no coherent goal. So there was no route to disengagement. The Japanese responses of moving the national economy onto an all-out war footing and extensive bombing of Chinese civilians – beginning with a big raid on Hankow - yielded nothing but a commitment to war for its own sake.