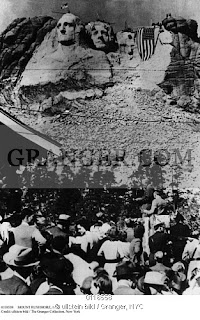 The League of Nations in Geneva was treated to yet another desperate attempt by a nation facing the aggression of the dictators to enlist the help of that institution. Juan Negrin, the Spanish Republican Prime Minister, denounced Hitler and Mussolini as "international highway robbers" and pleaded for the League to recognize that they were aggressors. He also sought open access to weapons supplies - in effect reversing "non intervention" and for the removal of foreign combat troops. With organized Italian and German forces contributing much to the Nationalist military success, the loss of the International Brigade and a handful of Soviet advisers would have been no sacrifice. The League failed to rise to the challenge; perhaps it was comforted by a speech by British Foreign Minister Antony Eden explaining that the Germans and Italians were merely hurting themselves by their intervention in Spain. Self-interest would thus secure their departure. In a sign of which way the wind was blowing, its assembly blocked the return of Spain to its council because the defection of the Latin American members to the Nationalist side meant that less than two thirds of members voted for the measure.

Japanese aggression in China continued with a demonstration of how well Japan had learnt the lessons of modern warfare from the Spanish Civil War with a sustained campaign of bombing cities they had not conquered. 21 of its warplanes bombed the city of Canton which was practically defenceless killing many civilians. Raids on Nanking forced the US ambassador to flee his home for the safety of a US warship moored offshore.

The Mount Rushmore memorial in South Dakota where construction had begun in 1927 reached an important turning point with the official inauguration of the head of President Lincoln. The date was the 150th anniversary of the signature of the Constitution. The head of Washington and Jefferson had already been inaugurated in 1934 and 1936 respectively. These three presidents were unarguably national figures whose standing rose above party. The fourth president to feature would be Theodore Roosevelt, a much more contentious individual. Subsequent proposals to honour other national figures have come to nothing.