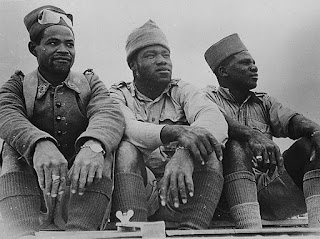 The Axis forces in North Africa under General Rommel launched a major offensive against the British-led armies in what came to be called the Battle of Gazala. The attack was almost immediately held up by a factor that Rommel had not anticipated: strong resistance by the Free French brigade including many volunteers from France's African colonies, garrisoning an old Ottoman fort at the oasis of Bir Hakeim which anchored the allied left wing. This was the first major engagement by Free French ground forces and is widely commemorated, most notably in the name of a bridge across the Seine in Paris.

The Soviet attack on Kharkov failed in a severe defeat for the Red Army. Confronted by well-led German forces and almost complete air superiority the initial move was brought to a standstill and counter-attacks encircled the Soviet 6th and 57th armies. These were anihilated with the loss of almost 300,000 men. The only consolation for the Soviets was that these casualties were smaller than the immense losses suffered in the early phase of Barbarossa but still meant that the Germans retained the tactical upper hand.

London witnessed the bizarre spectacle of a right-wing maverick and the established voice of the far left attempting to outbid each other in support for the Soviet war effort. On the same day the Communist Party of Great Britain (CPGB), wholly controlled by the Soviet Union, and the Daily Express newpspaper owned by Lord Beaverbrook staged rallies calling for the opening of a 'Second Front' (an invasion of the  Continent) to take German pressure off the Eastern Front. Beaverbrook was attempting to bolster his position within the government by capitalizing on his posture as Stalin's champion inside the Cabinet. Almost 50,000 people attended the CPGB rally (almost equivalent to the party's peak membership) but a mere 1,400 turned out for Beaverbrook, including a fair number of his employees.

The need to finance the British war effort had extended the tax net far wider than it had ever been before. To address the many manual workers who had never been troubled by the Inland Revenue before a new, much simplified tax declaration form comprising a mere four pages and composed in relatively simple English, was devised for ten million potential tax-payers, in the main previously unfamiliar with such delights.