German Visitors To The King 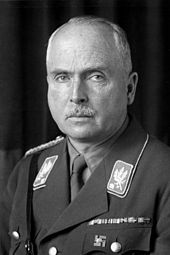 The funeral of King George V had brought a huge influx of dignitaries to London and Royal duty demanded that the most senior, at least, be received by the King. The day after the funeral these included Baron von Neurath, the German foreign ministers, and Prince Stahremberg, the Vice-Chancellor of Austria. The King had also spoken to another German visitor, his distant kinsman,  ardent Nazi and wild fantasist, the Duke of Saxe-Coburg. The Duke reported to the German foreign ministry  a ludicrously improbable conversation in which the King claimed that an alliance between Germany and Britain was urgently necessary and that he intended to take control of government personally. Worryingly, this type of nonsense found an eager audience in Berlin and quite unrealistic ideas developed as to how the new King might be exploited.