Eighty years ago, a Whitehall power struggle is settled, unlimited useless battleships and no end to agony in Spain 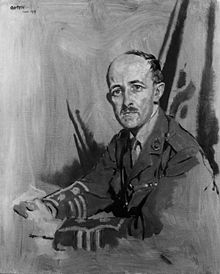 The announcement of the arrangements for the succession to Sir Maurice Hankey, who had served as Cabinet secretary for two decades since the job was created, masked a ferocious power struggle that had enlivened Whitehall for weeks. Hankey had tried to maintain the autonomy that he had fostered for the Cabinet Secretariat in bizarre hybrid of military and civilian organization, drawing on its origins and his early career in the Committee for Imperial Defence (CID). The powers that be in the mainstream Civil Service had long wanted to bring the Secretariat under their control and they did not let the opportunity slip. Hankey’s accumulated functions were split amongst three mean: a soldier replaced him at the CID; a senior Civil Servant took his place on the Privy Council (by devious constitutional reasoning this position gave Hankey the locus standi to attend the Cabinet, officially a sub-committee of the Privy Council; a relatively junior civil servant assumed his functions on the Cabinet secretariat. The last was Edward Bridges who had nary a letter to put after his name (military gallantry decorations counted for little) to compare to Hankey’s full-house of the country’s top knighthoods. It was Sir Warren Fisher, Head of the Civil Service, and Sir Horace Wilson, ensconced at 10 Downing Street, who were going to rule the roost. In time Bridges would become powerful and respected but for the moment the press was more interested in the fact that his father had been poet laureate.

Britain, France and America hammered the last nail into the coffin of disarmament, the ideal that had promised so much to humanity and fail to deliver much in the teeth of Realpolitik. They jointly announced that they would no longer respect the limits of battleship construction set down by the naval treaties. Japan had contemptuously withdrawn from the system, leaving it as an empty set of redundant formulae. The monster battleships that Japan had broken the treaties to construct played no useful part in the war that was to come.

Franco’s offensive against the remnants of the Spanish Republic reached its high point with the breaking of the Ebro line. The Catalan enclave was practically cut off from France by the Nationalists’ advance on the Pyrenees. However Republican resistance was stiffening and getting better organized. Rugged terrain worked in its favour.