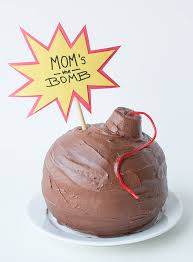 Japan was now firmly stuck in the political and military dead end it had created for itself in China. It had local superiority over the Chinese armies but no prospect of either decisive victory on the battlefield or a negotiated settlement that satisfied its ambitions. Pride and national prestige made withdrawal unthinkable which left Japan with mindless violence as its only means of self-assertion. The civilian population of Canton were the victims, suffering four days of air raids which killed dozens and probably hundreds. The Japanese army claimed that it was attacking military targets but no-one was fooled; this was terror-bombing pure and simple.

The final announcement of the arrangements to replace Sir Maurice Hankey in his various tasks – Secretaryship of the Cabinet to the foremost – contained a tiny clue as to the brutal Whitehall battle that had been fought over his succession. Hankey was to be one of the British government directors of the Suez Canal company. This was one of the juiciest sinecures that the government could offer and a prestigious and lucrative consolation for the loss of a might position at the heart of the British machinery of government. As Hankey had fought a savage rearguard against the absorption of his personal empire by the regular civil service, it had been bluntly suggested to him by Sir Horace Wilson, righthand man to the Prime Minister, that he might not be nominated as a director if he continued to make troubled.  Hankey had seen the futility of further resistance and went quietly.

Yevhen Konovalets, the leader in exile of the Ukrainian community since 1929, was murdered in Rotterdam with a bomb disguised as a box of chocolates given to him as a gift by a man he thought was a friend. Pavel Sudoplatov, the assassin, had been given his instructions personally by Josef Stalin who wanted both revenge and to remove a force he saw as aligned with Nazism. Sudoplatov went on to have distinguished career in the KGB, organizing the killing of Leon Trotsky and heading the SMERSH murder department. He retired as a Lieutenant-General and published a book of remarkably frank memoirs. The Russian custom of murdering opponents in exile has survived the collapse of the Soviet system.