Royal Navy and Franco's bombers deter supplies to the Republic, separatists triumph in the Sudetenland and the Red Army struggles to fill its purged ranks 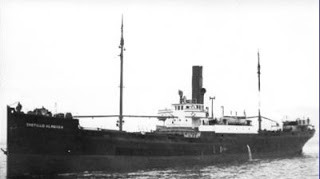 Maritime affairs off the coasts of Spain neatly captured the British government’s sense of priorities. A number of British ships bringing supplies to Republican ports were bombed by Nationalist aircraft sinking two and killing crew members. The Foreign Secretary wrung his hands, promised stern measures and then went on to mutter about “practical difficulties.”  The Prime Minister tried to calm any sense of outrage by waving the prospect of Italian “volunteers” being withdrawn from Spain which was one of the supposed fruits of his drive for rapprochement with Mussolini. Meanwhile in Gibraltar the authorities launched the prosecution of a British captain whose ship, the S.S. Stancroft,  had carried aero engines and odd lots of artillery shells allegedly in contravention of the Merchant Shipping (Carriage of Munitions to Spain) Act, 1936, which had been passed to bolster British “non-intervention” in the Civil War. These had come to light in a search by a Royal Navy cruiser which was clearly out to enforce the rules stringently. The prosecution was as misguided as it was biased as the Act only covered shipping weapons from outside the country whilst the Stancroft was sailing from Barcelona to Valencia.

Local elections in Czechoslovakia produced a mixed bag of results for the Prague government. On the positive side of the ledger Slovak autonomists did poorly. Far more worryingly Heinlein’s Sudeten German separatist party won around 90% of the vote in German speaking areas. The pressure for a major revision in favour of minorities was becoming almost irresistible. Poland was also snapping at Prague’s heals with a newspaper campaign questioning the legitimacy of the entire Czechoslovak state, a barely veiled manifesto for measures in favour of the Polish minority.

The ravages of Stalin’s purges were making themselves felt in the Red Army. 10,000 officer cadets were commissioned immediately as lieutenants and sent to operational units before they have even completed their training. Officially this was to give them live experience of command. In reality it was to replace officers shot or sent to the gulag. Quite apart from ideological distaste for the idea, the Soviet Union appeared to offer little as a potential military or diplomatic ally to the British government.