Eighty years ago: fighting resumes beween the Soviets and the Japanese in the shadow of purges, the Spanish Republic's last offensive grinds to a halt and British hopes rise of recovering something from a glorious past 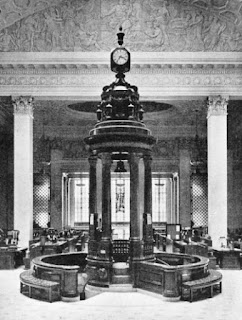 Fighting between the Soviet and Japanese armies on the Khalkyn Gol resumed. The Soviet commander General Zhukov launched three probing attacks on Japanese positions. All were driven back with heavy losses including tanks. It looked as through the Japanese held the military advantage for the time being and that they would be able to hold on to their small territorial gains. Amazingly enough the purges of anyone suspected of disloyalty to Stalin were continuing with great vigour in the Far Eastern region. The OGPU secret police was not spared. Perhaps this accounted for Zhukov’s decision not to appear to be too inactive. Mass meetings and “spontaneous” protests at Japanese activities were widespread in the Soviet Union in a way that suggested that Stalin himself attached great importance to the conflict.

The Spanish Republican army had been able to rebuild its forces somewhat when France had reopened the borders to allow military material across. A number of new formations were created. These were deployed in an attempt to secure the Republican position in Catalonia by an assault across the Ebro river. The attack secured initial tactical surprise but it failed to take the strategic town of Gandesa which controlled the approaches to Barcelona. This left the Republicans unfavourably placed with their backs to the river as their offensive ran out of steam.

Another attempt to salvage the treasure lost with H.M.S. Lutine in 1799 off the coast of Holland made a promising start with the recovery of gold ingot. The treasure had been insured at Lloyds of London, which had paid out in full. The Lutine’s bell had been recovered and held a proud position on Lloyds's trading floor where it was rung to signal the safe arrival (twice) of a missing vessel or its confirmed loss (once). It acted as a rough-and-ready method of ensuring that all market participants knew of news simulataneously. Tradition thus blended with the thrill of a treasure hunt but disappointment lay ahead. The single ingot proved to be the last one ever to be recovered from the wreck.