Eighty years ago: the Sudeten crisis crowds out other news, Goebbels extends his propaganda reach and FDR prepares the ground for a third term 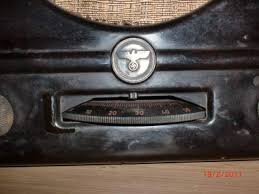 From the beginning of August if not before news was dominated, if not monopolised, by the burgeoning crisis over the Sudetenland. Lord Runciman’s mission to Czechoslovakia and its very public attempts to find a solution to the claims of the German-speaking inhabitants provided a focus. Almost every day the most prominent news was about the crisis. This blog will not try to record all the twists and turns of the affair and of the mission. Until early of September it is anyway hard to identify any single develop that rates as a turning point. The selection of events discussed is thus impressionistic and somewhat arbitrary. Events elsewhere, of course, did not come to a halt.

The Hungarian community provided Lord Runciman with a sample of the difficulties that he faced with their list of demands. All six languages in the country were to be treated on an equal basis; a Hungarian speaker would be able to conduct all official business in his or her own language. The army was to be reorganised into language based regiments.

If the widely publicized RAF air defence exercises were supposed to reassure the British public that they were protected from air attack, they singularly failed. In a confused shambles conducted in poor weather the bombers reached most of their objectives. The fighters remained largely on the ground. Weirdly there were no umpires which provided a justification for the one crumb of comfort manufactured afterwards: according to some unspecified source, had umpires been present, most of the bombers would have been ruled as having been shot down.

The German Radio Exhibition was predictably enough by hi-jacked by Goebbel’s propaganda operations. In futuristic vein a high-definition (by the days’ standards) 441 line TV system was displayed. Shown on a 4x3 metre screen images could be views by 1,000 spectators. More mundanely, a small, cheap edition of the Volksempfänger (people’s radio) the KE38 was rolled out, endorsed specifically as a means of broadcasting propaganda. 700,000 were to be produced and discounted license fees were to be granted to the less well-off. The set came to be known as Goebbels Schnauze (Goebbel’s gob). The rudimentary tuning dial resembled a mouth and the swastika placed above it in a fit of ornament seemed like the point of a nose.

Via the time-honoured route of stating that it was inconceivable, President Roosevelt’s campaign to stand for an unprecedented third term in office got under way. According to a leading Democratic the President had not discusses the idea with “ a single human being” and gave as his opinion that Roosevelt would prefer a case of hives to another bout of the cares of office. At the very end, the notion was slipped in that a change of President during war-time would be highly undesirable was slipped in to illustrate the unappealing responsibilities of the job, with the implication that Roosevelt's sense of duty would be equal to the task.