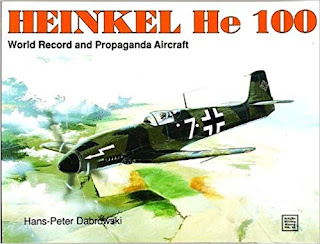 The British government appeared to perform a sharp reversal of its previous policy of avoiding any firm commitments in continental Europe. It issued a practically unilateral guarantee to defend Poland against aggression; in practice against German aggression. Sceptics noted that the The Times of the following morning pointed out that the guarantee did not cover Poland’s existing frontiers, which left the way open for Germany to reabsorb the Danzig corridor.  The Times was regarded as a reliable mouthpiece of underlying opinion at Downing Street so Chamberlain’s attempt to present himself as willing to face down further German expansion was severely undercut. The government’s healthy majority in the House of Commons meant that it could defeat a critical motion by its leading Conservative Party dissidents, Churchill, Eden and Duff  Cooper, with ease but Parliamentary arithmetic could only partially conceal the effects of a deeper shift of opinion.

The government was severely embarrassed when the First Lord of the Admiralty, Lord Stanhope, stated in a public speech that the Fleet had been obliged to man its anti-aircraft weapons. Quite why anyone should have imaged that the Fleet was about to be attacked was mysterious, but few insiders had any illusions that the problem lay anywhere but Stanhope’s legendary stupidity. His presence in the Cabinet was all the more telling as he had been promoted to fill the vacancy left by Duff Cooper’s resignation in protest at the Munich settlement for no obvious reason except his docility and Chamberlain’s penchant for aristocrats.

The Kriegsmarine gave a rather more impressive demonstration of intent when Germany’s second large battleship, the Tirpitz, was launched. Along with her sister Bismarck she set down a firm marker that Germany was committed to building a surface fleet to rival the Royal Navy. Tirpitz was to have a far less spectacular career, but   proved to be far more effective strategically. She barely fired a shot in anger yet the Royal Navy felt obliged to keep half-a-dozen capital ships available to pre-empt any aggressive action on her part. Royal Navy mini-sub and carrier aircraft attacks failed to neutralise her and eventually the Royal Air Force had the supreme pleasure of sinking her. In the war against the Kriegsmarine this hardly mattered, but in the inter-service battle between the Royal Navy and the Royal Air Force it was a shattering victory.

The Luftwaffe scored a propaganda triumph over the British. A Heinkel aircraft achieved a new world speed record at 464mph, more than 100mph faster than the RAF’s most modern Spitfire fighter. The Heinkel was represented as a modified version of the He 112 first-line combat aircraft. In fact it was practically a purpose-built record-winner using almost experimental technology, the He 100. Even the basic He 112 design never saw service with the Luftwaffe. The exercise served to ram home the British sense of technological inferiority.

The modernisation of the British Army appeared to take another step with an eye-catching but in reality quite ineffectual move by the War Minister, Leslie Hore-Belisha, an astute publicist but no more. The Royal Armoured Corps was created as an umbrella organisation to group together the historic cavalry units which had practically all exchanged their horses for tanks and armoured cars. Had the RAC had any real substance it is, just, possible that the British army might have developed a worthwhile mobile doctrine and effective equipment with which to implement it. In reality the cavalry units sustained their proud independence, paying little attention to the eye-wateringly bad machines with which they were supposed to fight the Wehrmacht.