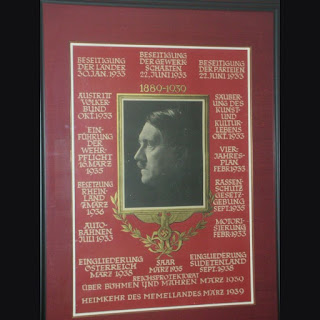 A host of guests arrived in Berlin to take part in Hitler’s fiftieth birthday celebrations. He had much to celebrate as well as his half-century. The guests included two notable British aristocrats. Lord Brocket headed the Anglo-German Fellowship, and was on very good terms with Neville Chamberlain. He was also a constituent, non-voting of course, of Rab Butler, the extremely appeasement-mind junior Foreign Office Minister. Brocket himself was an enthusiastic appeaser. The Duke of Buccleuch had recently been appointed as the High Steward of Britain by King George VI. This was rather more than an empty Court Office. The holder served as the link between the sovereign and the House of Lords and was usually a former senior politician. Buccleuch vigorously supported a negotiated settlement between Britain and Germany and was to continue doing so well in the Second World War. Buccleuch’s attendance might not have been to the taste of Buckingham Palace and he rapidly returned to Britain, but Brocket stayed until the end.

Count Ciano, the Italian foreign minister, issued a threadbare explanation for the invasion of Albania and deposition of King Zog. The Albanians had been poor allies and had constantly tried to take advantage of Italy. A new Quisling prime minister of Albania offered the throne of the country to King Vittorio Emanuele, which the Italian parliament voted through. This was a nice addition to his standing as King Emperor, which the British recognition of his position as Emperor of Abyssinia a few months previously had assured him. With the crowns of Sardinia, Cyprus, Jerusalem and Armenia already on his head, this put him firmly ahead of George VI with his meagre three kingdoms. Even if one aimed off for a distinct lack of military presence and local acceptance in Vittorio Emanuele’s other overseas kingdoms, he was level-pegging.

Having guaranteed Poland at the end of March, the British had the bit between their teeth in terms of extending protection to the smaller states of Europe. Inspired, of course, by Mussolini’s excursion across the Adriatic, they issued similar guarantees to Greece and Rumania. Winston Churchill’s private suggestion that the former guarantee might usefully be given some teeth in the form of an immediate British occupation of Corfu, was quietly ignored.