Eighty years ago, Operation Compass ends on a high note in a bold, inland stroke 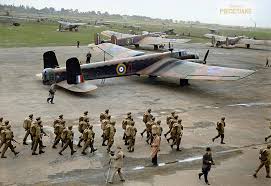 The rout of the Italian army in Libya continued and climaxed in the boldest stroke of the campaign. The Italian 10th Army was retreating from the eastern province of Cyrenaica along the road that curves around the coast through the city of Benghazi and General Richard O’Connor. commanding western desert force, saw the opportunity to cut them off by a stroke straight inland over 100 miles across the desert south of the Djebel El Akhdar. The move was doubly bold because O’Connor’s units had already advanced more than 300 miles in a few weeks and the tanks of the 7th Armoured Division were in poor shape mechanically. The British-led forces reached the Gulf of Sirte at Beda Fomm where they blocked the retreating Italians. The Italians put up sufficient resistance for the engagement to be known as the Battle of Beda Fomm, but 25,000 men surrendered with 100 tanks and 100 artillery pieces. This marked the end of Operation Compass in which O'Connor's troops had taken 135,000 prisoners and captured nearly 400 tanks and more than double that number of artillery pieces at minimal cost in casualties. At this point, General Wavell, the theatre commander, ordered the advance into Libya to cease, as he prepared to send troops to Greece to parry an offensive by the German army which was to rescue the Italians from the debacle of their war against Greece.

German aggression in the Balkans also forced the British to withdraw the remaining diplomats including the head of mission from Bucharest as the evidence mounted of an imminent assault by Germany and Rumania on Bulgaria and then on to Greece. Rumania was now practically a German armed camp and the focus of Hitler’s growing ascendancy in the Balkans. The British position was looking ever weaker.

The British army launched its first paratrooper attack, Operation Colossus. A troop of the 11th Special Air Service Battalion were flown over occupied France to Malta in six converted Armstrong Whitworth Whitley bombers. The Whitleys were suitable for the job as they had a roomy fuselage and a convenient opening in the in the floor, originally intended for a “dustbin” ventral gun turret, which served as an exit point. From Malta the paratroopers were dropped into Italy to attack the important Tragino aqueduct, which supplied the large cities of the South. The target was successfully blown up but swift repairs meant the operation did no material damage to the Italian war effort. All the paratroopers including three Italian speakers brought along as interpreters were captured before they could reach the point of the coast from a Royal Navy submarine was due to rescue them. One of the interpreters was a civilian, Fortunato Picchi from the Savoy Hotel. Picchi who was shot for treason. As none of the attackers returned, the operation had limited value as an experiment, although difficulties encountered in dropping soft-skinned equipment containers from the bomb-bay led to the adoption of metal-skinned cases for future operations.