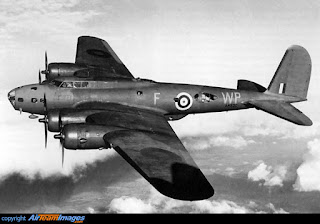 The first phase of the German invasion of Greece succeeded without difficulty. The Greek army was too small properly to man the Metaxas Line, which covered the frontier with Bulgaria through which the Germans attacked. The line put up no worthwhile resistance and the Greek army cut off in Macedonia surrendered. The British led forces were building up in Greece under General “Jumbo” Maitland Wilson. They had established a defensive line along the Aliakmon River well to the south of the frontier with the hope that the Greek army  would fall back on it and make a strongly held position. They did not and the first clashes between Wilson’s troops and the advancing Germans saw them fighting without direct Greek support. The Prime Ministers of Australia and New Zealand had overcome their misgivings and permitted their nations’ troops to be committed in Greece. As a New Zealand division was put into the Australian Corps, it was announced with some fanfare that the ANZAC corps of World War One fame had been recreated. Given the ANZAC’s unhappy experience at Gallipoli, the omens were not necessarily good.

Yugoslavia had precious little time to enjoy its supposed national rebirth. The German army entered Belgrade with little hindrance. Hungary showed the same faithfulness to Balkan solidarity that it had displayed in the wake of the 1938 Munich settlement when it had seized Teschen from Czechoslovakia. Without any particular justification the Hungarian army invaded Yugoslavia to exploit its imminent defeat at the hands of the Germans. The Yugoslav state began to disintegrate when Croatia was proclaimed as an independent state. The anti-Axis coup had been predominantly a Serb project, which laid bare some of the tensions between the different regions and communities of the country. The Croats were mainly Catholic whilst the Serbs were Orthodox.

To the secret disappointment of the Germans, the Soviet Union signed a non-aggression pact Japan. Berlin had hoped that fears of a renewal of the armed clashes such has had occurred on the Khalkhin Gol in 1939 might keep a large portion of the Red Army in the East as it planned the invasion of the Soviet Union. The German ambassador in Berlin was withdrawn for what might genuinely have been consultations; Germany could take no legitimate objection to the pact. It was correspondingly ominous for the western powers squaring up to Japan in the Pacific. For the first time it recognized the Japanese puppet state of Manchukuo in China, but this had symbolic significance only as the Soviet Union had never threatened the Japanese position in China. In an era when such agreements were torn up as a matter of routine, few outside observers attached much importance to the deal, but the Japanese army may have learned the lesson from the thrashing it received on the Khalkhin Gol and the agreement held good until Japan was almost beaten in 1945.

Britain’s access to the industrial might of the US in support of its war effort bore tangible fruit in the shape of the arrival of Boeing Flying fortress bombers for the RAF. They flew across the Atlantic by themselves which  sent a clear signal as to their effectiveness as weapons. They were, though, the relatively poorly armed B-17C variant which never found favour with the RAF, which preferred its own homegrown heavy bombers.

By a supreme irony a German bomb killed the economist and businessman Josiah, Lord Stamp, his wife and his eldest son at their home in South East London. Along with "Snakehips" Johnson he was arguably the most famous victim of the Blitz. Stamp had been a great admirer of the Nazi system, praised their autarkic economic policy and approved "reasonable" measures to reduce Jewish influence on the economy; he was a founder member of the Anglo-German Fellowship. He had been the leading economic adviser to Chamberlain's wartime government and had resisted any move to a full war economy. He stood so high in the esteem of two of the most powerful appeasears, Sir Horace Wilson head of the Civil Service and Montagu Norman Governor of the Bank of England that Chamberlain would have appointed him as Chancellor of the Exchequer in late 1939 and dismissed Sir John Simon, who had led the Cabinet report that forced the declaration of war. Stamp, though, refused the job. By a further irony, he had started life in the Inland Revenue, which benefited hugely by the English legal fiction that he had died before his heir, so two successive sets of death duties were levied on Stamp's large fortune.