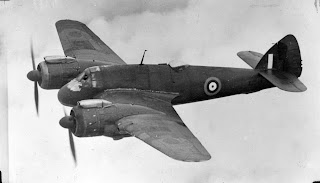 An aristocratic German Catholic bishop, Clemens von Galen, delivered a third  sermon, decrying Nazi tyranny. The first two had attacked the Nazis in general terms for their brutality and oppression, but this one pointed clearly to a specific atrocity. Galen spoke of the mentally ill people who had been removed from their homes, with their families later being informed that they had died. He accused the German state of murder. This referred to the T4 euthanasia programme under which people – predominantly German citizens – deemed unfit to live were murdered. It was precursor to the Holocaust. The sermon was widely circulated as an unofficial pamphlet. The propaganda minister Goebbels resisted calls to have Galen punished for fear of alienating Germany’s Catholics. Murder of the disabled continued albeit far more circumspectly than before.

President Roosevelt took two further steps towards bringing the US into the war. The Lease Lend programme of sending arms supplies practically gratis to the UK was extended to the Soviet Union. His close adviser Harry Hopkins had just returned from a visit to Moscow and the President knew that Stalin would continue to resist Hitler. The export of aviation spirit to any country other than the UK was forbidden. The target was Japan, although the measure was of little practical significance. It did send a warning that worse might follow. Roosevelt also warned the Vichy French authorities against any further measures to assist Japan in Indochina. He then set off on a week’s mysterious holiday to an unknown destination, which inspired much speculation. The rumour-mongers were corrected in seeing a deeper purpose to the President’s absence.

The RAF rolled out with considerable pride the latest addition to its arsenal: the Bristol Beaufighter was a two-seat twin-engine heavy fighter. It had been conceived at time when the RAF believed that only purpose-built aircraft would be able to carry cannon firing explosive shells which gave far better fire-power than the rifle-calibre .303 inch machine-guns with which Hurricanes, Spitfires and Defiants had been armed at the start of the war. The Beaufighter carried four 20mm cannon and six .303 inch machine guns. This was an impressive battery, but the twin-engine configuration was not manoeuvrable enough for air combat. Moreover, it proved possible to fit 20mm cannons to Hurricanes and Spitfires, which undermined the original rationale for the type. The Beaufighter did, though, come into its own, first as a night-fighter where the second crew member could operate an airborne radar set and then as a torpedo-bomber.