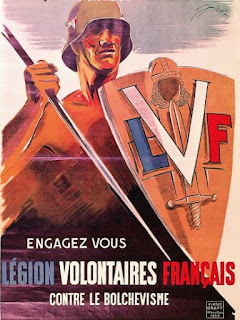 It was unclear whether the German armies were going to push on to Moscow. No decision had been firmly taken and there was a vigorous debate as to whether German armies should concentrate on the symbolic conquest of the Soviet capital or to concentrate on more tangible objectives such as the oil fields in the south. The partisans of a symbolic move against an iconic Soviet city did, though, hold sway in the North. With Hitler’s enthusiastic backing it was decided to make an all-out attempt to take Leningrad, cradle of the communist revolution and the monument to its most revered leader. The city of Novgorod was captured which all but set the seal on the encirclement of Leningrad. The scene was set for one of the great set-piece engagements of the eastern front.

Anglo-Soviet cooperation bore immediate practical fruit. Neutral Iran occupied a strategic location between the British dominated Middle East and the Soviet Union. German business interests had long been well-established there and the German community held many of the lever of power even though it numbered at most 3,000 people. Just as they had done to pre-empt the development of any German military presence in Vichy Syria, the British unfolded a similar strategy towards Iran, this time with the active support of the Soviet Union. Under the public pretext that Germany was building up a military presence in Iran, Britain demanded the expulsion of all Germans. The Shah of Iran refused and the British invaded from the south and the Soviets from the north. The Iranian armed forces were primitively trained and equipped; they offer no real resistance.

The German assault on the Soviet Union was set to receive assistance of trivial military importance and even questionable symbolic significance. The Legion des Volontaires Francaise Contre Le Bolchevisme (LVF) was formed from members of various extreme right-wing groupings. It was essentially a Wehrmacht formation and was tolerated by the Petain regime which had little choice in the matter. When the LVF’s first contingent set off for the eastern front they were sent on their way by two figures who had fallen out with Petain because they promoted closer ties to Germany: his former prime minister Pierre Laval and Marcel Deat, arguably the most pro-Nazi of all French major politicians.

The ceremony for the LVF’s send-off was held at  a barracks at Versailles. A young one-time Socialist Paul Collette had failed in his attempts to join de Gaulle’s Free French but resolved to strike a blow against the collaborationists. He had acquired a small-calibre automatic pistol and opened fire indiscriminately into a group of senior participants. Laval and Deat were severely wounded but not fatally, probably because the gun was not powerful enough. A bullet came close to Laval’s heart, deflected by his cuff button. The regular police rescued Collette from lynching at the hands of the  legionnaires and, remarkably enough, Laval asked for Colette’s life to be spared and  he survived deportation to Germany, eventually receiving the Legion d’Honneur.