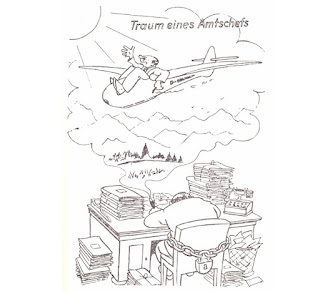 U-81 torpedoed the HMS Ark Royal and sent her to the bottom almost within sight of Gibraltar. She had had a short but distinguished career, covering the Malta convoys and, most famously, launching the Swordfish aircraft which crippled the Bismarck. Only one of her crew was lost but the Royal Navy could ill-afford to lose another aircrfat carrier. Her loss left only four large fleet carriers in service including Illustrious, only just repaired after pounding at Malta, which was little enough for Britain's needs in the West, but a catastrophe with war looming in the East.

The recently created British Eighth Army under Alan Cunningham launched Operation Crusader designed to lift the siege of Tobruk which had been surrounded by Axis forces since the summer. The British had a small advantage in numbers but their training and tactics were behind those of the Germans and good Italian formations like the Ariete Division. Cunningham had only recently arrived in the theatre and was under the malign pressure from Churchill to achieve results quickly. The attack caught Rommel by surprise but he fought back skillfully.

Another senior general paid the penalty for Churchill's disapproval when Sir John Dill was sacked as the Chief of the Imperial General Staff.  Churchill referrred to him cuttingly as "Dilly-Dally" for his supposedly hesitant approach, but like his fellow service chiefs of the time, he knew full well the extent of Britain's military weakness and tried to act as a brake on Churchill's impractical hankering for aggressive action in all theatres irrespective of any consideration of priorities. In particular, Dill was willing to contemplate the loss of Egypt if this meant that an invasion of Britain could be prevented. Initially it was intended that Dill should be given the empty grandeur of the Governorship of Bombay, but he was sent to head the British military mission in Washington, where he helped build relations with the US Army. Dill's replacement as CIGS was Sir Alan Brooke, who had performed well as a corps commander in the Battle of France.

The invasion of the Soviet Union reached one of its turning points when the German army launched pincer attacks to surround Moscow. The attack from the south had been expected but the northern sector was weakly held. Soviet troops had marched directly to the battlefield from the traditional November parade on Red Square in a striking symbolic fusion  of tradition and the needs of battle. More helpfully for the Red Army, the Russian winter had begun in earnest, cruelly exposing the Germans' deficiencies in clothing and equipment.

Another victim of Germany's strategic overreach was the Luftwaffe commander, Ernst Udet who shot himself confronted with the hopelessness of his position. He was utterly unsuited to military command or staff-work of any kind, most certainly not the impossible task of wringing the military resources from Germany's relatively small economy needed to take on the Soviets and, likely soon, the Americans. He was Germany's second ranking air ace of the First World War  and later barnstormer who appealed to Goering as an undemanding companion and, more important, less of a potential rival than Erhard Milch who had been the organizing brains behind the build-up of the Luftwaffe. Milch had been side-lined to make way for Udet but remained influential and the two conducted a venomous feud typical of the higher reaches of Third Reich bureaucracy. Udet's drinking got out of control and he became obsessed with Milch's rumoured Jewish parentage. Udet was a gifted caricaturist and caught his own plight in a cartoon entitled, "Dream of a Departmental Head," which showed him yearning for the simple joy of piloting a glider. The suicide was concealed and the fiction was spread that Udet had been killed testing a new aircraft.