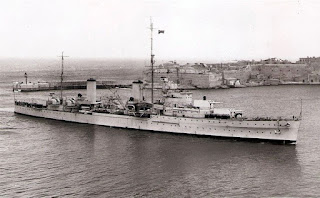 President Roosevelt won Congress approval for two major changes to the Neutrality Act; one largely symbolic; the other of practical importance. US merchant ships would now be able to carry defensive armament and to enter recognised combat zones. The majorities in favour were, though, slim. The 50 to 37 vote in the Senate was the narrowest on any foreign policy issue and the 212 to 194 margin in the House was uncomfortably small. More Democrats opposed the measure in the House than had over Lease-Lend. By some reckoning the combination of the President's rhetoric depicting the US as under threat and the attacks on US Navy vessels in the Atlantic - in practice the result of Roosevelt's forward policy - served to harden isolationist opposition. The administration did not rush to implement a new policy.

The Soviet liner Armenia was sunk by German bombers as she attempted to evacuate civilians and wounded soldiers from the now-besieged Sevastopol, the last stronghold in the Crimea.  An estimated 5,000 to 7,000 people died, making it possibly the largest loss of life at sea. But like the British Lancastria sunk in 1940, certainly Britain's worst shipwreck, and the German Wilhelm Gustloff in 1945, also possibly the worst ever, there was no full record of who was carried in these last-ditch, massively overcrowded attempts to save people from an advancing enemy so an accurate count is almost impossible.

The Royal Navy's Force K based on Malta attacked and anihilated a strongly escorted Axis convoy of reinforcements and supplies to German and Italian forces fighting in North Africa. The British referred to the convoy as the Duisburg convoy after the largest merchant ship involved, but the Italian navy  labelled it the Beta convoy. All seven merchant ships and one escort were sunk, but only one of the RN destroyers was damaged. The operation gave further proof of Malta's immense value as a base from which to attack Axis lines of communication across the Mediterranean even though its proximity to Sicily exposed it to the full weight of Axis counter-attack.

The growing reputation of Erwin von Rommel as the scourge of the British Army in North Africa helped prompt what was to become one of the most hotly debated small operations of the war. 30 or so men under Lieutenant-Colonel Robert Laycock, the overall leader of the commandos, landed by sea to attack objectives including what was believed to be Rommel's headquarters. In fact, the information was inaccurate and Rommel was in Italy at the time anyway.  Rommel's true headquarters was far closer to the front-line and he was reported to be indignant that the British imagined that he might be found that far back. The commandos achieved almost nothing and almost all were killed or captured. Laycock escaped and successfully recommended his subordinate  Lieutenant-Colonel Geoffrey Keyes (son of Admiral Keyes who had led the famous raid on Zeebrugge in the First World War) for a posthumous Victoria Cross, which has attracted severe criticism as Laycock did not witness Keyes's part in the raid. The award lent a specious sheen to a misconceived and disastrous operation.