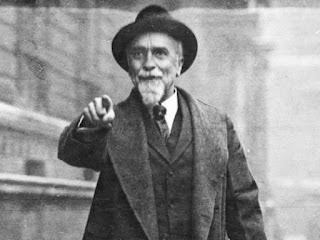 Sir Charles Bruce-Gardner (as his name had officially been since the New Years Honours list) was appointed as Chairman of the Society of British Aircraft Manufacturers. The ostensible reason for his appointment was that the growing complexity of aircraft manufacture as a slew of technological innovations transformed aircraft utterly and the expansion of the Royal Air Force meant that it was no longer feasible for the post to be occupied by a senior executive from the industry who would also have his own business to superintend. Quite how Bruce-Gardner’s previous career in the coal and iron industries made him an appropriate candidate was not explained. The clue to the true explanation lay in the statement that the Air Minister Lord Swinton had been told of the appointment, by implication and in fact after it had been decided. The government had been under public pressure in Parliament for the slow pace of rearmament and privately the aircraft companies were complaining bitterly of their relationship with the Air Ministry. Swinton’s abrasive approach was rather to blame for the latter. Bruce-Gardner was very much the candidate of 10 Downing Street. He was held in high esteem by Montagu Norman, the Governor of the Bank of England and inveterate string-puller, who, in turn was a close collaborator of Sir Horace Wilson, Neville Chamberlain’s Civil Service eminence grise.

The lights appeared finally to have gone out completely on France’s experiment with left-wing government in the guise of the Front Populaire. Leon Blum, architect of the Front Populaire government had thrown in the towel in June the previous year although his Socialist Party remained in the government of the Radical Camille Chautemps and Blum remained a minister. The collaboration was not a happy one and Chautemps decided to remove the Socialists. It was proof of the underlying instability of democracy under the Third Republic. Chautemps proved no stronger a head of government than Blum had been.

The British press reported the murder on the outskirts of Shanghai in Nanking of three old women, one young one and three males of unspecified age by a single Japanese soldier in search of drink and sex. It reported that this and other “less serious incidents” had caused disquiet in Shanghai. This seems to have been the closest that British public got to being informed of the of the huge atrocities perpetrated by the Japanese army in china, above all in Nanking, where tens of thousands had been raped and murdered.