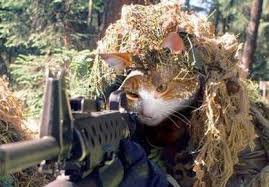 The last bastion of Republican Spain, the historic capital Madrid, fell to Franco’s forces with minimal resistance after a siege of two years. In a neat exercise in transforming propaganda into history, the credit was given to the Nationalist “Fifth Column” in the city. Two years previously General Mola had advanced on Madrid in four columns and boasted that he had a fifth within the city already. It did not exist then and it did not exist in 1939. Naturally existing Franco supporters and opportunistic adherents to his cause came out to fill the vacuum left by the Republic’s total military exhaustion, exacerbated by internal political collapse. They claimed that they had overthrown the Republic but in reality the end of the siege was purely a military victory. The phrase "fifth column" became even more useful as a short-hand for the enemy within. The collapse of democracy across Europe in the face of Fascism in the eighteen months that followed seemed to many to be clear proof that the "fifth column" did exist. Less successful was the Nationalists’ attempt to coin another phrase for the unconventional support that they could muster. A gullible journalist was persuaded that the Nationalists had gathered a “shock force” of stray cats from around the country that they would deploy to dispose of Madrid’s rat population which had swollen during the siege. Fifteen hundred lorries laden with food for Madrid's hungry population were rather more effective in securing a good reception for the Nationalists.

Prime minister Neville Chamberlain showed himself adept at tactically spectacular gesture politics. It was announced that the establishment of the volunteer Territorial Army was to be doubled in size to 340,000 men, thus doubling the number of divisions available for service according to off-the-record press briefings. This was received with great enthusiasm by government supporters in the House of Commons as evidence of Chamberlain’s new-found resolve to take on Germany.  In reality practically none of the details of the move had been worked out. Nothing had been undertaken to ensure that the new soldiers would have any equipment. And, of course, it all depended on men actually volunteering to join the Territorial Army.

The Japanese invasion of China ground on remorselessly with another battle that pitted weak Chinese forces against Japan’s highly organised and well-equipped units. The Xiushi river had held back the Japanese advance into the South Eastern provinces in 1938 but now a full-scale Japanese amphibious assault broke the Chinese defensive line. The Japanese army followed this up by storming the provincial capital of Nanchang which also severed one of the remaining rail links supplying Chinese forces in the interior of the country. The conquerors proceeded to destroy the main buildings of the city leaving it in flames.