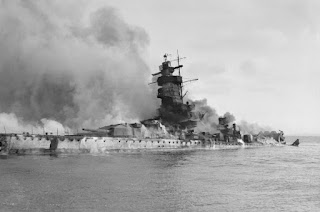 The League of Nations expelled the USSR for its unprovoked invasion  of  Finland in arguably the last significant act of its increasingly  shadowy  existence. Some observers  were  surprised  that  Stalin  had  not imitated Hitler  and withdrawn before  his country  was  thrown out. The most likely  explanation  is that this allowed him to stick to the  ludicrous  pretence  that the USSR was innocent. This show of  resolution  by the League contrasted  with its more muted  response to German  or Italian  aggression  over  the four  preceding  years.  The British  delegation  was  led by Rab  Butler,  the ultra  appeasing Foreign  Office  minister, who swung Britain  firmly  behind the expulsion, with a concern  for the preservation  of independent  democracies, which  had been notably  absent  from his handling of Nazi expansionism.

The Soviet  invasion  failed  to break through  the Mannerheim line across  the Karelian isthmus despite  its superiority  in numbers of tanks.  A severe  defeat  was inflicted  on a Soviet  attack at Taipale. The Soviet  propaganda  machine began to let it be known that  Stalin's puppet Otto Kuusinen had misled  his  masters by predicting widespread  popular support.

After losing a battleship, an aircraft carrier and a hopelessly  outclassed  armed  merchant cruiser as well as failing to prevent German submarines  and  surface raiders from sinking  a multitude  of British  and neutral merchant ships, the Royal  Navy could finally  claim  a victory  in the  Battle  of the River Plate. The damaged Graf Spee had  retreated  to Montevideo, but the neutral Uruguayan  government had imposed a tight deadline  for her to return to the open sea. Rather than resume  the  fight with  the three weaker British  cruisers, Langsdorff, her captain, ordered  her scuttled  and shot himself.  Graf Spee  stayed afloat long enough for  the  British to confirm  that she  was equipped with radar, which  shook the complacent belief  that Britain  had a monopoly  of  the  technology.

Joseph Davies,  the US ambassador to  Belgium and more  importantly a close  ally  of  President Roosevelt,  reported  to  Washington and  claimed  publicly  that  the  US faced "grave  jeopardy " from the European situation and endorsed Roosevelt as right  man to lead the country in an unprecedented third term in the White  House. The campaign for the 1940 presidential election had begun  with  isolationism as  the key issue.