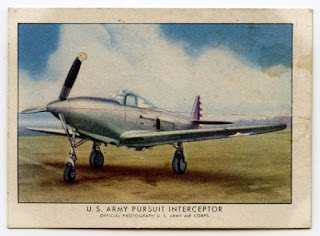 At the time of the Sudeten crisis in September 1938 the British Dominions had been deeply concerned that Britain would be drawn into war with Germany. None more so than South Africa, where the Prime Minister, General Hertzog, had advocated neutrality in the event of war. Admittedly he did not go remotely as far as his openly pro-Nazi Cabinet and party colleague Oswald Pirow, who wanted South Africa to fight as Hitler’s ally. Hertzog continued to advocate neutrality in 1939, even as Britain did go to war and he was forced out of office. His position hardened and he tabled a motion calling for the war to be brought to an end, implying that as Germany had been “martyred” by the Versailles Treaty this should be on favourable terms. He found no fault in Hitler. The motion was defeated by 81 to 59, suggesting that South africa was very from supporting whole-heartedly the British Empire's fight against Hitler.

Herbert Morrison, one of the leading lights in the British Labour Party, tabled a motion calling for the appointment of a Minister of War Economy supremo with a seat in the war Cabinet. This was little more than the expression of the widespread suspicion (not merely on the Left) that Britain’s economic resources were not being used to the full. Morrison made great play of the role of Lord Stamp, who chaired the government’s economic advisory committee and a Civil Service committee, both on a part-time basis, whilst still chairing a railway company. Stamp was a convenient icon of government complacency and Morrison had no inkling that Chamberlain had wanted him to take over as Chancellor of the Exchequer a few weeks before, which would have offered far more potent ammunition against the government had but been aware.  The motion was inevitably defeated.

In the US the US Army Air corps unveiled a radical new design of fighter aircraft. The Bell P-39 Aircobra had its engine at the middle of the plane behind the pilot and a tricycle under-carriage. This layout allowed it to fire a 37mm cannon, far more potent than anything else in the air, through the propeller hub. The USAAC had a distinct penchant for the tricycle undercarriage and all but a few of its multi-engined aircraft types were to have then, but the challenge of combining this with a single engine aircraft was too much. The P-39 was a disappointment to its users except for the Red Air Force.