Eighty years ago, the heads of Britain's Civil Service and its central bank plot to remove the Chancellor of the Exchequer

January 03, 2020
Alert readers will have spotted that the title of this Blog has changed. With the start of a new decade the 1930s were no more although the world that the Blog covers was not much different. 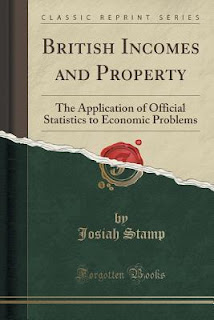 The main fighting in the winter war between Finland and the Soviet Union took place in the south along the Mannerheim line but the Soviets attacked along the whole length of the frontier between the countries all the way beyond the Arctic Circle where Finland had its only ice free port on the Arctic Ocean, Petsamo. Shortage of troops meant that Finland could not protect this front fully and the defenders were pushed back. The extreme cold and near-constant darkness meant that Soviet forces could not progress fast.

President Roosevelt delivered a state of Union address that touched the international situation far more than any domestic issues. Its world importance was firmly underscored by a simultaneous broadcast in five foreign languages: French, Spanish, Italian, Portuguese, and German. Roosevelt’s statement that “the future world will be a shabby and dangerous place to live in even for Americans to live in-if it is ruled by force in the hands of a few” was clearly aimed against the Fascist dictators and his call for the US to serve as "a potent and active factor in seeking the re-establishment of peace" was a very lightly coded call to Americans to reject isolationism and to support the European democracies.

Firmly out of the public eye, the head of the British Civil Service, Sir Horace Wilson, intimate adviser of prime minister Neville Chamberlain, and the Governor of the Bank of England, the capricious and vehemently pro-appeasement Montagu Norman, were plotting to remove Sir John Simon, the Chancellor of the Exchequer (Finance Minister). Simon's style of managing the wartime economy was disagreeable to them, but Chamberlain had been aggrieved that Simon had led the Cabinet revolt that forced him to issue an ultimatum to Hitler in September when he would have preferred to delay.  Simon was to be replaced by a statistician and railway manager, Lord Stamp, who was more to their taste and had been a fervent advocate of understanding with Nazi Germany. He approved of Nazi measures to combat “excessive” Jewish influence. Chamberlain approved of the scheme and adopted it as his own. Perhaps fortunately for everyone concerned, Stamp recognized the absurdity of the plan and found a pretext to refuse the honour. (The full story is told in my "Fighting Churchill, Appeasing Hitler")