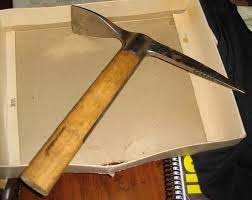 As the Luftwaffe continued its attempts to gain air superiority over South East England, the Battle of Britain started to take a new turn. German planes started to bomb outlying parts of the Greater London area. Little damage and few casualties resulted; there was no obvious purpose. The raids did, though, provide a magnificent public justification for the RAF to bomb Berlin. The German capital lay at the extreme end of the range of RAF bombers, but 81 reached the target area. Air raid warnings sounded but no significant damage was done. The British claimed, naturally, that only military targets had been attacked and that this was by no means a reprisal for bombing London. There was a material propaganda or psychological impact. Herman Goering had claimed that if an enemy plane bombed Germany at all he could be called Meyer: Meyer was a common surname amongst Jews. Contrary to legend the bombs on Berlin did not immediately provoke the all-out attack on London soon to be called the Blitz, but they were to contribute to the change in Luftwaffe strategy.

For over ten years Leon Trotsky had been exiled from the Soviet Union after falling out with Stalin. He had gradually drifted into open opposition to Stalin, culminating in the foundation of the Fourth International in 1938 as a rival global Marxist-Leninism organisation. The movement never presented any kind of serious threat to the Soviet regime but it helped feed the paranoia that led Stalin to massacre hundreds of thousands of imagined enemies in the great purge. Trotsky and his allies were marked men. Trotsky had fled to Mexico but this gave little protection against the resources of the Soviet intelligence apparat. Finally, the NKVD succeeded in inserting their agent, Ramon Mercader, into Trotsky's circle. Mercader seduced Sylvia Ageloff, a long-standing confidante of Trotsky, which gave him access to well-guarded villa where his intended victim lived. Mercader fatally wounded Trotsky with a single blow from a climber's ice-axe, a hefty potential weapon not to be confused with the dainty ice-pick used by barmen to break up blocks of ice. The murder is still commemorated by devout Stalinists.

Some of France’s African colonies declared for General de Gaulle and his Free French movement in the first sign that support for the Petain regime might be wavering. The first to go was Chad under its governor Félix Éboué, the first person of colour to reach high rank in French public service when he had been appointed to the governorship of Guadeloupe in 1936. French Equatorial Africa (formerly known as French Congo) and French Cameroons followed suit almost immediately. Éboué was to become one of the first people to be named as a Companion of Liberation and is buried in the Pantheon in Paris, both marks of the highest honour.