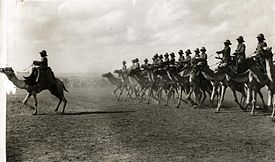 The Luftwaffe began to launch sustained attacks on RAF Fighter Command airfields and radar stations in South East England under the grandiose codename Adlerangriff (eagle attack) in a concerted effort to gain air superiority over the intended invasion area. Bad weather had forced the attack to be postponed by a few days and Adlertag (Eagle Day) fell on August 13. By then almost a month had gone by since Hitler issued the Directive ordering the invasion. Even allowing for the need to regroup following the armistice with France, it is hard to detect any urgency in Goering’s moves to put into action a plan in which he never seemed to have much confidence. This was the start of the Battle of Britain proper. The Luftwaffe flew the largest number of sorties against Britain of any day of the Battle but RAF losses were light. Fortunately for the British, the attacks on the radar stations, which did interrupt coverage, were not followed through.

Italy had declared war on Britain at the same time as it had declared war on France, but had only launched minor land attacks in Africa where the colonies of the two countries neighboured each other. The Italians now launched a full-scale invasion of British Somaliland which pushed back the British defenders including units of the Somaliland Camel Corps. This was possibly the last time that dromedaries featured in a British army order of battle. Italian units were also massing on the border between Egypt and the Italian colony of Libya.

The government retreated a fraction from its plans for drastic taxation of consumer goods. Books, periodicals and newspapers were to be exempt from the new tax. This was explained by the desirability of news circulating extensively so that the public could be informed about the progress of the war. The move was well received in the House although it was made plain that books might be returned to the list of taxable “luxuries.”