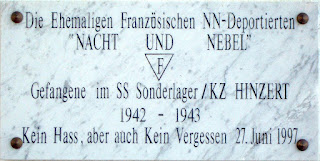 The British naval Force Z consisting of the battleship HMS Prince of Wales and battlecruiser HMS Repulse, which had set out to hamper the Japanese seaborne invasion of Malaya, was caught at sea by Japanese bombers and sunk. Their commander Admiral Sir Tom Phillips died. It was a shattering blow to British prestige as well as marking the final end of the belief that navies could operate without air support. These were the first major warships lost on the open sea soleley to air attack. The Royal Navy had done almost nothing to make use of land-based aircraft to provide cover.

Germany declared war on the US even though it was not formally bound to join its Japanese partner in its war. It is an idle question as to whether Hitler could ever have held back from this open and move on his own initiative, but it made life much easier for Roosevelt who had long considered that fighting Germany was the higher priority. The America First committee which had been a thorn in the President's flesh as the formidable champion of isolationist hostility to US  involvement in the European conflict, dissolved itself spontaneously.

Hitler summoned fifty or so senior Nazi party leaders to his private appartment in the Reich Chancellery where he announced his intention to destroy the Jewish people. The meeting was unofficial and unminuted but Joseph Goebbels left a full account in his diary. Hitler began by saying that he was going to make a clean sweep of the Jewish question. He make a reminded his listeners that he had prophesied that if the Jews brought world war, they would "experience their own anihilation." He seems to have believed that the US entry into the war was the work of the Jews. World war had indeed come about so it was the extermination of the Jews was a necessary consequence.

In response to the supposed intensification of reistance activities since the start of the Russian campaign, Hitler issued a formal directive laying down the treatment of anyone in the occupied states who endangered the security or state of readiness of the occupiers. Unless the punishment was death and could be carried out locally in the victims' territory, they were to be transported to Germany. No information was to be given to friends or family as to their fate.  The resulting uncertainty was intended to reinforce the deterrent effect of the measures. The directive became known as the Nacht und Nebel (night and fog) decree, which captured the sense that the victims had simply disappeared.

The Soviet counter offensive against the German thrust on Moscow gathered momentum. The Germans were operating almost at the limit of their fighting capacities and their advance had become increasingly costly. Stalin had been able to draw on reserves from the East, but this had come before Pearl Harbour practically removed the risk of a Japanese attack. The forces were evenly balanced but the Red Army was far better equipped and trained to cope with the Russian winter; record low temperatures were being recorded. The Germans were also caught by surprise as their intelligence had been certain that the enemy had no reserves available. There were no spectacular successes, but the siege of the city of Tula in the South was broken.