Eighty years ago, the coincidence of a death and a publicity stunt showcases German's economic weakness 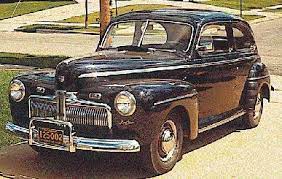 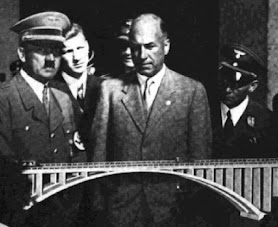 The German munitions minister Fritz Todt died in an air crash on his way back from a conference with Hitler. He had won Hitler's favour as the architect of the Autobahn network and the Westwall defence line against France, before being given the munitions production brief in another indicator of Hitler's growing disenchantment with the General Staff.  Todt was a committed Nazi and backer of private sector industry to carry the war effort. Exposure to the realities of the eastern Front had, though, made plain to him that Germany simply did not have the industrial potential to win the war and had told Hitler so. His death has inspired improbable conspiracy theories. He was replaced by the architect Albert Speer  It who would take some time for Speer to learn the ropes and, eventually, institute a highly effective drive to rationalize weapons production. The lag is unlikely to have been decisive, but it is telling that Hitler put a vital industrial job in the hands of another man from the world of the grandiose construction projects in which he felt more comfortable than in the minutiae of industrial management.

On the day that Todt died the last car for the civilian market - a V8 - rolled off the production line of Ford's River Rouge plant under the gaze of journalists assembled to record the moment. Henceforth the factory would make only war materiel. Henry Ford had good motive to draw attention away from his pre-war isolationist and borderline pro-Nazi stance by show-casing his company's contribution to the US war effort, but the immense scale of the US' industrial resources was undeniable. Goering's remark that the US could make refrigerators and razors but not weapons shows the profound economic illiteracy of the Nazi leadership hangeover. The coincidence of events is emblematic of the industrial disaprity between the allies and the Third Reich that doomed the Hitler regime.

The Red Army had mounted its counter-offensive along the whole of its front. In the north two prongs of the attack penetrated deep into the German lines, cutting off about 100,000 men in a pocket around the town of Demyansk. Hitler was promised that the Luftwaffe would be able to supply the enclave and ordered the troops there to stand firm and fight back. They were to hold off the attackers, but the operation created a dangerous faith in the efficacy of air supply that was to have unhappy consequences at the end of the year.

The British, who dominated Egypt but had no formal role in the government of a notionally independent state which was not at war with the Axis, gave a brutal demonstration of how they were willing to use this power. They had decided that a government under the Wafd movement, which they had shunned up till then, would be more more to their taste. British armoured units surrounded the palace of King Farouk and Sir Miles Lampson, Britain's proconsular ambassador, gave the King an ultimatum to make wafdist Nahas Pasha prime minister. Farouk complied but the Aberdeen Palace incident  was a national humiliation that fed the nascent independence movement.