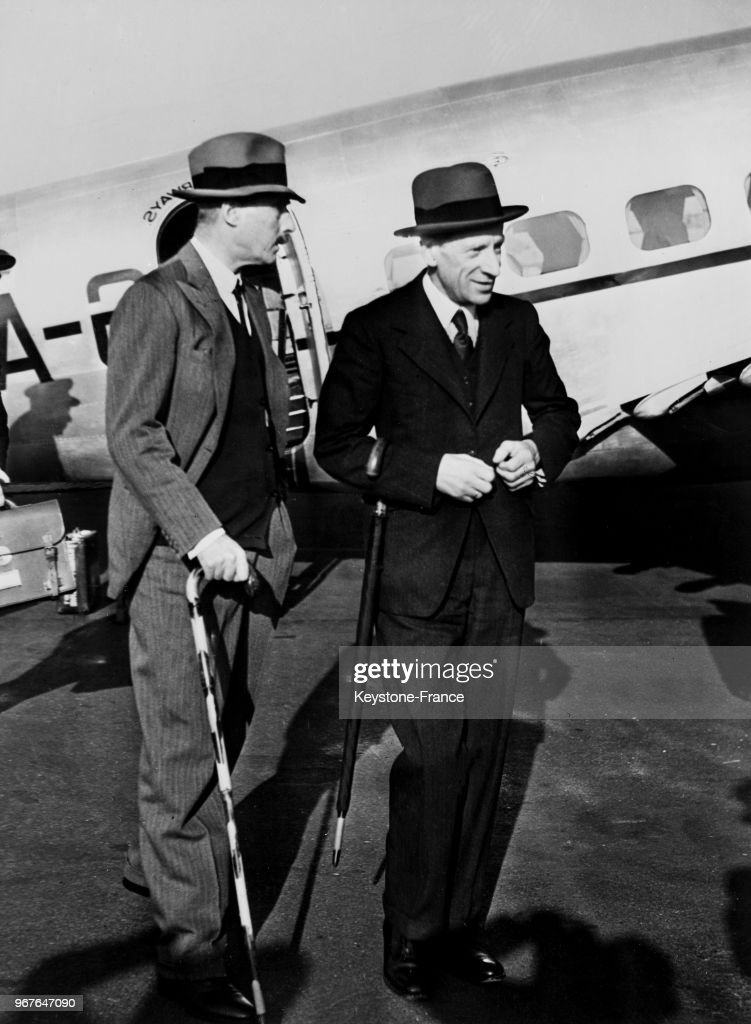 The hopes raised by Neville Chamberlain’s flight to visit Hitler at Berchtesgaden that there would be a negotiated settlement to thee Czech crisis began to fade rapidly. Hitler met Chamberlain again for a bilateral conference at Bad Godesberg on the Rhine which was supposed to find an equitable solution to the Sudeten problem which could then be put to the Czech government. The meeting ended with no such agreement being announced. The Czech army mobilized which was taken as a sign that Germany launch a military attack imminently, probably triggering an all-out war in Europe.

Chamberlain’s personal civil service adviser Sir Horace Wilson flew to Berlin to speak to the Führer. The public explanation for Wilson’s mission pointed towards war. It was given out that he was going to restate British support for Czechoslovakia with the implication that the German demands following Bad Godesberg were not acceptable. This was only half of Wilson’s task and he was probably the only man whom Chamberlain could trust to fulfil the other half which remained a closely guarded secret. Wilson was to make plain the Britain would do all it could to make the Czech government accept anything that the British and German governments might agree between them.

Chamberlain broadcast to Britain and the Empire in terms that warned of impending hostilities over an issue that he plainly considered quite irrelevant, “How horrible, fantastic, incredible it is that we should be digging trenches and trying on gas-masks here because of a quarrel in a far away country between people of whom we know nothing. It seems still more impossible that a quarrel which has already been settled in principle should be the subject of war”. The point was driven home by repeating his words translated into French and German immediately afterwards.

As if by a miracle the following day brought a surge of relief and renewed hope with the announcement of another leg of negotiations was announced. The news broke in one of the most theatrical moments the House of Commons had ever witnessed when Chamberlain was handed a note with the news which he then shared with the House. Germany accepted that the Czech question be put to a four-power conference at Munich, which would bring in Italy as well as the three powers – Britain, France and Germany – who had already been directly involved. Quite what right Italy had to be involved other than as peace-broker was unclear.

Far away in the East of the possibility that the Soviet Union might find itself confronted with a war into which it could easily be drawn helped trigger the decision to put an end to the border war with Japan that had been continuing for some weeks. Commanded by Marshal Voroshilov the Soviet forces launched a massive counter-attack against the Japanese incursion on the Khalkin Gol. The Japanese units were rapidly surrounded and anihiliated. The Japanese had learned their lesson; thereafter the border remained quiet until the closing days of the second world war. The Soviet Union never faced the nightmare of a two front war.