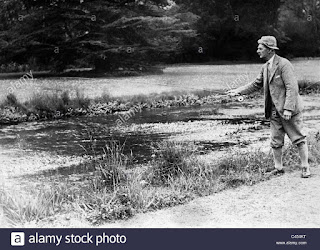 After the high drama of the Czech crisis affairs were slowly returning to normal although an air of make-believe floated around much of what was going on. Via Goebbels’s propaganda machine Germany was trying to paint British rearmament as an unjustified provocation designed to achieve huge superiority over Germany rather than a desperate attempt to catch up. Britain was accused to breaching the spirit of the Anglo-German “peace for our time” declaration. A supposed war-monger clique was blamed and Winston Churchill was ritually denounced. Stories were also floated that Britain and France were dragging their feet over disarmament proposals from Germany; these proposals were essentially imaginary. Germany held out an equally imaginary carrot in the form of a desire for a trade agreement which would allow British firms access to the German market, which was closed because of Nazi autarkic economic policy. Against this background of low-grade offensive, docile British newspapers claimed that relations with Germany had normalised and took as evidence the fact that the British ambassador to Berlin would be returning home Britain for two or three weeks leave.

As the British Parliament prepared to return to its normal pattern of activity with its traditional autumn opening, faint hints were dropped as to the strain under which the prime minister had come. He had in fact suffered a near nervous collapse after the strains of the crisis but some days of rest in Scotland when he could indulge in his favourite recreation of fly-fishing  had brought him back to an even keel. On his return he would have to conduct a small reshuffle of the Cabinet to replace Duff Cooper, who had resigned over Munich, and another minister who had died. The press loyally depicted this as part of routine business and did not admit that Duff Cooper’s departure was in any way representative of any wider concern at the abandonment of Czechoslovakia. There was a powerful reminder that the world was still a very threatening place: the new sitting would discuss some measure of national service

Italy continued its gentle move into alignment with Nazi racial policies. Jews were banned from working on the Italian stock exchange. It was part of the campaign to eliminate them from the “nerve Centres” of national life. The Fascist government did, though, back away from an earlier plan to expel all American Jews from the country. President Roosevelt had implied that the Italian and German origin minorities in Latin America were by some measures a threat to US security.