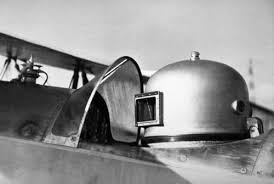 Three cities in China - Guangzhou (then known as Canton), Hankow and Wuhan – fell to the Japanese invaders in rapid succession. Guangzhou had been the largest major port left in Chinese hands and Wuhan was the inland communications hub that it fed. This marked the end of what remains one of the largest land battles ever fought which had begun in the spring of the year. About 1m Chinese soldiers had been engaged against some 400,000 Japanese. Like so much else to do with the Sino-Japanese war casualty figures are still uncertain but the Japanese army suffered up to 70,000 casualties. There is no reliable figure for Chinese losses especially as the human cost included hundreds of thousands killed in the Yellow River floods when river dykes were deliberately breached in a vain attempt to halt the Japanese. The Japanese succeeded in occupying territory but failed in their goal of annihilating the Chinese army, which was able to withdraw to central China and continue resistance.

The German foreign minister Joachim von Ribbentrop made a surprise visit “of friendship” to Rome. Designed to capitalise on the close collaboration of the two countries during the Czech crisis the visit was intended to secure a formal treaty between the two Fascist states. Mussolini and his foreign minister (and son-in-law) Galeazzo Ciano had no difficulty in avoiding this goal, which even a competent diplomat would have struggled to achieve.

As if in symbolic recognition of the weakness of the Royal Air Force (which played a major part in Britain’s unwillingness to risk war with Germany over Czechoslovakia) Britain lost the record for high altitude flight which it had set in June at 16,440 meters. Lt. Col Pezzi of the Regia Aeronautica attained 17,330 meters comprehensively beating the British figure. In reality this was barely relevant as a gauge of progress in aviation technology. Pezzi’s aircraft was an open cockpit biplane Caproni Ca 161, firmly part of the obsolete design, and he wore a pressure suit more akin to a deep-sea diver’s outfit.