Eighty years ago, the US is terrified by fiction as (unwittingly) is Britain which puts its trust in aristocracy and bureaucracy to save it 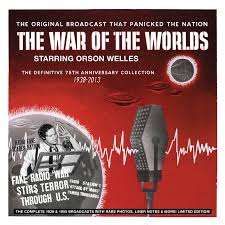 The government’s policy of appeasement received a powerful endorsement in the Oxford by-election. Its candidate Quintin Hogg, son of the Lord Chancellor Lord Hailsham who was just about to step down following a stroke, secured a comfortable majority over Sandy Lindsay, who was standing on an explicitly anti-appeasement platform as an independent. The, official Labour and Liberal candidates had withdrawn in favour of Lindsay, which made the vote de facto  a vote on Chamberlain’s foreign policy. Hogg vigorously supported appeasement and his opponents circulated the slogan “A vote for Hogg is a vote for Hitler.” It was excessively personalized and residual relief that the Munich settlement had prevented war worked in favour of Hogg.

The shape of the British government shifted in two apparently opposite directions. Duff Cooper, who had resigned as First Lord of the Admiralty in protest at Munich, was replaced by a genuine feudal relic: Earl Stanhope, who had served bravely in the First World War, but had no administrative or political skills whatever. He was prone to outrageous gaffes. Also joining the Cabinet with a key defence task – air raid precautions - was Sir John Anderson, a Civil Service technocrat who had only recently been elected as an MP. The only common feature of their appointments was a growing bias against professional politicians fed by Sir Horace Wilson, Chamberlain’s confidant and personal adviser.

The pillage of Czechoslovakia by its neighbours reached a temporary conclusion with the seizure of Teschen by Poland. This followed the annexation of Ruthenia by Hungary. They were executing claims established as the crisis over the Sudetenland advertised that the continued survival of Czechoslovakia played little part in British or French calculations. Czechoslovakia was paying the price for the ill-considered ethnic mix that had gone into its creation at the Versailles conference.  After the Munich agreement Czechoslovakia had no hope of resistance and short term gained outweighed any thought that it might have been worth checking Hitler in the short term.

Orson Welles caused panic across the US when he made a radio broadcast based on H. G. Wells’s War Of The Worlds. Transposed to an American setting. The Martian invasion was presented as live, factual news with a supposed astronomer reporting the gas flare on the planet Mars. It made Welles a national figure. The smug contempt that the episode provoked in Britain rather ignored the extent to which the British terror of aerial bombardment – a powerful factor in what was still a strong pacifist instinct – had been fed by the nightmare visions of H. G. Wells’s War In The Air.