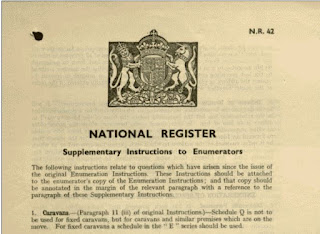 Since the end of the Czech crisis rumours had swirled that Britain would bring in some form of compulsory national service. Without this kind of measure it was hard to imagine Britain fielding more than the entirely token land army that the existing regular and territorial (part time volunteer) arrangements permitted. This notion had gradually been diluted to suggestions that the government would bring in a compulsory register of people potentially to be called up. It was finally announced with great fanfare that the government was going to do something almost as good: a purely voluntary register. The claim that the register could easily be converted to a compulsory one appears to have been used to silence government  MPs who had supported a compulsory measure in the first place and were disappointed at a half-measure obviously calculated to cause minimum annoyance to Germany.

The final chapter of the Munich “settlement” was conducted in an atmosphere of grim farce. The German foreign minister, von Ribbentrop, went to Paris to sign a Franco-German declaration of friendship on the pattern of Neville Chamberlain’s “peace for our time” scrap of paper that he had got Hitler to sign for him at the end of the Munich conference and of which he was immensely proud. Chamberlain had refused to warn the French that he was going to do this, still less to discuss it with them beforehand. In the ensuing game of keeping up with the neighbours the French had to content themselves with a signature from the foreign minister rather than the Führer himself but this in no way diminished the practical significance or value of the move (zero on both counts). Ribbentrop publicly underscored the hollowness of the proceedings by receiving the Italian ambassador to France at his hotel, lending tacit support to the barrage of territorial demands against France that Mussolini had just unleashed. It also provided a reminder that the Berlin-Rome axis was not going to be shaken by either party indulging in a few pleasantries with a western democracy.

The British railway companies stepped up their assault on the regime of price controls that they felt left them at a disadvantage compared to road hauliers. A high profile delegation briefed the Conservative Parliamentary Transport Committee at the House of Commons on their case. Ominously this included the claim that the companies would need to be in good financial shape to meet the burdens they would have to bear in an “emergency”, the near-universal euphemism for war.