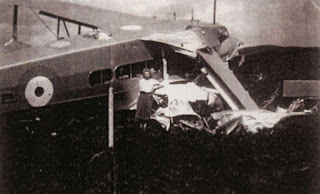 The Parliamentary session ended on an unusual and acrimonious note. The question of when Parliament should reassemble was, for once, a matter of serious contention. The opposition support by Winston Churchill proposed a much shorter recess than normal of only three weeks given the menacing international situation. Neville Chamberlain, the prime minister, not only wanted a recess of the customary two months but also made the vote on the question one of confidence in the government. Chamberlain at least partly believed the story that he had been fed by one of his unofficial contacts in Berlin that Hitler was in no hurry to settle the Danzig dispute. This fitted with his delusion that he had got the measure of Hitler, and that no exceptional measure were required. Lurking in the background was the fact that a number of the aggressions launched by Hitler and Mussolini had occurred when Parliament was not sitting; not that they would have been deterred. More brutally, Churchill simply did not trust Chamberlain not to sell the Poles out if a crisis blew up and wanted the House to be sitting as a brake on the government’s willingness to appease Hitler further.

The debate was marked by an angry exchange between two Birmingham Conservative MPs. The young Ronald Cartland, brother of the novelist Barbara Cartland, spoke passionately for a short recess, claiming to represent the men who would actually have to fight a war, and the elderly Patrick Hannon vehemently supported Chamberlain and afterwards called for Cartland to be deselected. The huge government majority left the decision in favour of a long recess in no doubt. In the event the recess was curtailed and Hannon’s desire to see Cartland removed as an MP was fulfilled by Cartland’s death in action during the retreat to Dunkirk.

The Air Minister Kingsley Wood had a narrow escape when the RAF aircraft taking him to Belfast crash-landed in England because of bad weather. Other passengers, which included two Air Marshals, were injured. Chamberlain smugly observed that the incident should serve to curb Wood’s enthusiasm for air travel. A man with a keen sense of publicity, Wood felt that it would be a poor advertisement for the service he controlled (and air transport generally; he was also responsible for civil aviation) if he did not travel by air.

The French government introduced a slew of measures, under the title of the Family Code, to promote an increase in the birth rate. These included direct subsidies for large families, tax breaks and more favourable inheritance laws. The severity of penalties for abortions was increased. The shrinkage of the French population after the slaughter of the First World War was felt to be a national weakness, not least in military terms. The measures remained in force under Marshal Pétain’s regime but by then their military rationale had rather faded.