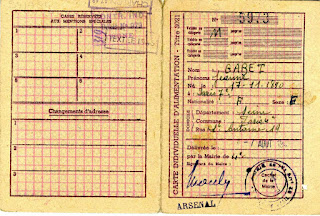 The French finance minister, Paul Reynaud, gave a radio broadcast setting out a series of economic measures to the public. Chief amongst these was the planned introduction of food rationing. This came some months after Britain had brought in similar measures. With five million men mobilised for war, France’s still heavily agrarian economy was in a poor position to meet the population’s food needs. Prices had started to rise. The war was clearly going to last well beyond the next harvest so the move was pre-emptive. On the demand side of the equation, the government would subsidise the import of foreign labour and the cost of spring sowing; the price of fertilisers would be brought down.

In ceremonies redolent of the wars of early in the previous century, the ships’ crews of Ajax and Exeter which had defeated the Graf Spee in the Battle of River Plate were fêted on their return to London. They were inspected by the King, paraded through the capital and treated to a grand formal luncheon at the Guildhall as guests of the Lord Mayor of the City of London. The old-fashioned flavour to the proceedings was deepened by the praise lavished on "the brave sea captains and hardy tars who won the battle of the River Plate" by the First Lord of the Admiralty, Winston Churchill. The utmost propaganda value was being wrung out of Britain’s one notable achievement so far in the war.

All of Scotland north of the Great Glen, including the isles, was declared a “protected” military area by the War Office. Under the Defence Regulations, this lay in its power, a clear indication of how much civil liberties had already been suspended. A War Office permit would be required to enter the zone. Downing Street speedily made use of another aspect of the government’s enhanced powers which had been less openly stated and this for purposes unrelated to the war. The phone of the leader of the opposition Liberals, Sir Archibald Sinclair, was tapped without the need for a Home Office warrant. Because he lived in the area covered by the defence regulations a warrant was not required. Almost needless to say, the content of his phone calls was used for purely political purposes. Chamberlain made a point of informing Sinclair that he was under observation.