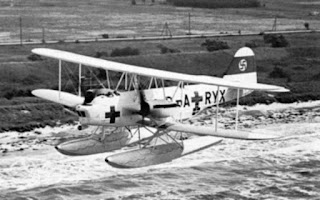 Hard on the heels of being forced by Stalin to disgorge its First World War gains at Russian expense, Rumania found itself on the receiving end of Nazi and Fascist diplomacy in the Balkans. With the campaign in the West satisfactorily concluded, Germany and Italy could devote their attentions to the region, where there was little to hold back the dictatorships. Like Czechoslovakia and Poland before it, Rumania found that British (it was no longer meaningful to talk of Franco-British) guarantees were of little consequence in the new world. The only consolation (if that is the correct term) for the Rumanian leaders is that they were invited to Austria to meet Hitler and Ribbentrop. Much as though newly hired domestic servants, their duties were explained to them. They were to arrange that the territorial claims of their neighbours Hungary and Bulgaria, who had shown far less inclination to play the dupes of London and Paris, were to be met promptly. The chances of Rumania drifting into the Soviet orbit were negligible, so there was good reason to build up the standing of more friendly powers. Rumania showed further goodwill towards Berlin by expelling a number of British engineers who had been involved in operating the country's German financed oilfields.

The Battle of Britain had yet to start in earnest and the British could still summon enough outrage to protest - a trifle disingenuously - at German violations of the rule of law. A German Seenotdienst (maritime emergency service) Heinkel He59 seaplane painted white with Red Cross markings (and Swastikas on the tailfin) fell into their hands with enough material aboard to support a claim that it was performing military reconnaissance. In reality these seaplanes provided air-sea rescue support for Luftwaffe attacks on convoys in the Channel; as these took place near the English coast crews of downed German planes were at greater risk of being captured. It was highly dubious whether rescuing uninjured aircrew was truly the equivalent of an ambulance evacuation or a straightforward operation of war, but rather than debate such arcana the British preferred to stick to the spurious accusation that the seaplanes were full-blown combat aircraft. The RAF had already been forcing them down but now issued orders to destroy them.

Japan was also taking advantage of Britain's reduced circumstances. After a conversation between Sir Robert Craigie, the ambassador, and the Foreign Minister a unilateral communique was issued which implied that Britain was willing to make concessions on the question of the Burma Road, which was being used to transport supplies to the Chinese forces fighting the Japanese invaders. The communique was largely accurate but the method of presentation was clearly designed to cost Britain face. To ram the point home further Melville Cox, Reuters Tokyo correspondent was arrested and accused (almost certainly falsely) of espionage. He died soon after in fall from a police headquarters window, possibly to escape ill-treatment by his captors, possibly murdered outright.

The Japanese were not, however, to have it all their way. The US was alert to anything that might encourage Japanese expansionism in Asia, which was more widely perceived as a threat to national interests than Fascist expansionism in Europe. President Franklin Roosevelt began by appointing two hawkish Republicans as heads of the navy and army respectively in a move to build a bipartisan proactive foreign policy. Roosevelt's next step appears in hindsight to have crossed the Rubicon as a direct challenge to Japan. He banned US oil exports to the eastern hemisphere, in practice to Japan, where the US was the dominant source of oil. It was a powerful means of pressurizing Japan but it did invite Tokyo to consider how it might seize oil supplies in the region.