Eighty years ago, Stalin extends the joys of Marxist rule to some lucky ex-Rumanians as Marshal Petain sets out his vision for a new France 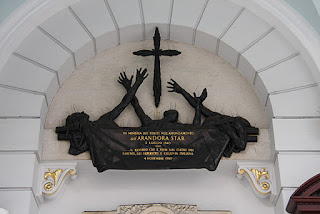 Stalin rounded off the latest leg in his programme of territorial expansion which had begun with the seizure of the Baltic republics during June whilst attentions in the west was still dominated by the German conquest of France. Britain and France had issued a guarantee to Rumania in the aftermath of Germany’s occupation of the rump of Czechoslovakia in March 1938 as part of the diplomatic offensive that included the guarantee to Poland that had led the allies to declare war on Germany. This guarantee was no longer worth anything and Stalin simply told Bucharest that he wanted Bessarabia and the north of Bukovina. Everything that Rumania had gained from fighting with the allies in the First World War was lost in two days.

The British government recognised General de Gaulle as the leader of “all free French” people without defining precisely quite who these were. The British declared they would give de Gaulle their full support. In the meanwhile, Marshal Pétain, who led the unfree French – not that they would have put it this way – made it known that the French state was to be thoroughly remodelled so as to do away with the less attractive aspects of the Third Republic. The key feature was to be authority granted to the Marshal himself.

The US took another step toward involvement in the war when Wendell Willkie secured the Republican nomination as candidate to fight F. D. Roosevelt in the election due in November. At this stage Willkie was better known as a senior executive in the power-generation business who had fought a bitter battle with Roosevelt over one of his prized New Deal projects, the Tennessee Valley Authority. Willkie had begun as a Democrat and only switched to the Republicans in 1939. The Republican frontrunners were mainly isolationists but for a variety of reasons did not appeal to the grass-roots. Willkie was the only contender to have spoken out against isolationism and Hitler’s successes during the selection process help turned sentiment in favour of a more engaged stance. US electors would thus not have the option of a firmly isolationist candidate.

The unescorted liner SS Arandora Star was torpedoed and sunk by U Boat ace Guenther Prien in U-47. She was carrying about 1,500 people, mostly German and Italian internees with a handful of prisoners of war. They had been rounded up under Churchill's "collar the lot" blanket programme of detaining all "enemy aliens." The vast majority were ordinary members of the German and Italian communities, many long-settled in the UK. The Italians had only recently been interned given Italy's late entry into the war; few were active Fascists. Only half of the detainees aboard were rescued. It was one of the heaviest losses of life on a ship sunk by a German submarine during the Second World War.