Eighty years ago, the British face a new challenge in tightening their belts further 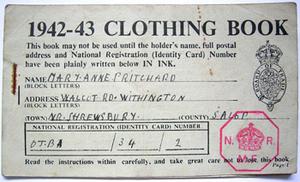 The British led forces gave up the attempt to hold Crete and the evacuation of the island was ordered. The Royal Navy suffered severe losses to German aircraft but Admiral Cunningham would not be deflected and ordered, “It takes three years to build a ship but 300 years to build a tradition. The evacuation will continue.” Of the 32,000 defenders rather more than half were successfully carried off the island. One of these was Colonel Robert Laycock, commander of the commando force that included Evelyn Waugh. Partly because of Waugh’s fictional account, there has long been controversy over whether Laycock disobeyed orders in leaving the island. If there was any truth in the story, the powers that be were either unaware or tolerant, as he remained fully employed, rising to head Combined operations.

In the wake of the German conquest of Crete Hitler and Mussolini met on the Brenner Pass, once again. It was not a constructive meeting; Hitler ranted on various topics including Rudolf Hess’s flight to Britain, but singularly failed to discuss the implications of the imminent attack on the Soviet Union. Mussolini was aware of the general plan and confided to his foreign minister and son-in-law Count Ciano that he would be rather pleased if Hitler “lost a few feathers” in the operation, doubtless hoping that his over-bearing partner might cease to be so haughty.

Former Kaiser Wilhelm died at the age of 82 in his Dutch exile at Doorn. The last leader of the second Reich thus missed seeing the only leader of the Third Reich taking the fateful step that was to bring Germany to an even more calamitous defeat than the one for which its last Kaiser bore much of the responsibility.

The rationing of clothing was introduced in Britain with immediate effect. To prevent anticipatory hoarding, no advance warning was given and as a stop-gap measure the margarine coupons from the food rationing books were used until proper food coupons were printed and issued. Everyone had 66 coupons to last a year: a man’s shirt required 5 coupons and a woman’s woollen dress 7. There were special arrangements for military officers who had to buy their own uniforms and people who lost clothes in bombing. Oliver Lyttleton, the minister responsible, claimed that shabbiness would now be a badge of honour, an emblem that civilians were sharing the rigours of combat.