Eighty years ago the swansong of the Thousand Bomber Raid 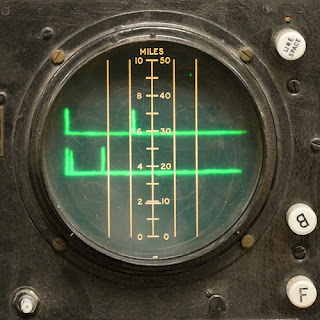 RAF Bomber Command launched its third - and as it proved, last - one thousand bomber raid; the target was the port city of Bremen. This time Bert Harris took the precaution of pleading his case for the use of Coastal Command aircraft to Churchill beforehand and the prime minister duly bullied the First Sea Lord into diverting resources from the Batttle of the Atlantic. The first one thousand bomber raid had devastated Cologne but the second, on Essen, had been entirely thwarted by bad weather; the Bremen raid was hampered by bad visibility but the bombing was tolerably accurate because of the recently deployed Gee radio navigation aid; Harris had overcome his initial scepticism of such tools. One assembly building at the Focke-Wulf aircraft factory was wrecked although this did not disrupt output significantly. Otherwise only civilian housing was hit. The attackers suffered 5% losses, worse than either of the other raids, which was unsustainably high. Harris also found that he had blundered into a trap by creating the impression that this was now the standard size for an RAF raid and anything smaller was insignificant. As the raids had been planned with more than half an eye on their public relations effect this was a major consideration.

As Rommel continued his onward push afer breaching the British Gazala line and capturing Tobruk. Claude Auchinleck, the GOC Middle East removed Neil Ritchie from command of the 8th Army and took personal control in the desert. He did not do much better than his subordinate and he was unable to defeat even Rommel's weakened forces at the battle of Mersa Matruh. Mersa Matruh fell to the Axis with 6,000 prisoners. The town now hosts a museum to its conqueror and has christened one of its beaches, the Rommel Beach.

The German army launched Case Blue, its summer offensive against the Soviets, with an attack in the north aimed at the city of Voronezh. This was chiefly diversionary and designed to keep the Soviets unsure of the true German aim of seizing the oil fields around Baku far to the South. In the event, the opening assault succeeded in putting the Red Army into chaotic retreat.

US General Dwight D. Eisenhower arrived in London to take command of all American forces in Britain and, more important, those that were still to come under Operation Round-Up, the build-up of forces ahead of the invasion of Europe. In the short term the Americans were focused on the invasion of North Africa that Churchill had steered President Roosevelt into accepting, but Eisenhower was fully aware of the true stature of his task: "I'm going to command the whole shebang."