Archepiscopal Visit to Downing Street Sure Sign of Grave Trouble 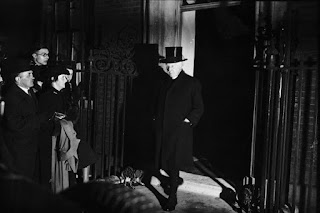 After the excitement of Friday's statement ruling out a morganatic marriage, the public was returned to a diet of logistical information and speculation. It was know that ministers had met twice, most unusually for a Sunday. In another clear sign that something very grave was afoot, the Archbishop of Canterbury visited Downing Street.

There were even signs that the political establishment was disunited. A group of Tory right-wingers, grouped around the Imperial Policy Group, a relic of the die-hard campaign against any measure of autonomy for India, had called a meeting  of peers and MPs to discuss their "acute and growing anxiety at the Government's action and procedure."